The Never Ending, HAARP, Yemen & The Ark of the Covenant

Jan 25, 2011
Gary Vey is an investigative researcher who runs the website viewzone.com, a look at life from different angles. This is Gary Vey's exclusive first interview to talk about his research. He joins us from New Zealand to talk about his book "The Never Ending". Under the name Dan Eden, Gary takes us around the globe from Alaska's real HAARP facility, Colorado's ancient petroglyphs to Yemen, where the palace of the Queen of Sheba holds clues about the buried Ark of the Covenant. This adventure starts in the frozen tundra of Alaska, where he is shown a secret military installation and is briefed by military whistle blowers who warn of a "death ray" weapon that has already caused death and destruction to our atmosphere. The action then moves to Colorado where some unusual petroglyphs are revealed to be writing in an ancient alphabet and dialect. Gary translates the petroglyphs with a computer program he has written and is shocked at what they reveal. He has translated these so called fire letters or "Proto-Canaanite" language that is giving clues about "the Box of El", what most likely is the Ark of the Covenant. All of this is connected to an ancient account of a "fire in the sky", something our modern HAARP technology could recreate. This is a fascinating conversation about Gary's discoveries and journey. Stay with us as we journey through his story. Join us for the second hour with Gary Vey from viewzone.com as we continue talking about his research and book "The Never Ending". During the beginning, we focus on cyclical events, solar cycles and catastrophe. Why is the establishment now saying Yemen is the next haven of "terrorism". Is this because they know that the Ark of the Covenant is located at the palace of the Queen of Sheba? Is "terrorism" once again being used as an excuse to invade another country? Gary tells us that he believes US and allied forces already control the area and the evidence for this is the surface-to-air missile launchers (SAM's) that have been placed close to the ancient site. This is an intriguing continuation of our discussion that you don't want to miss.

The Amazing Monolithic Churches of Ethiopia - The Lalibela

Ark of the Covenant

The row of text on the wall is at the height of the standing person’s elbows. Zoom in.

The huge circular wall in the background, behind the partly excavated palace with pillars

The eight pillars of the palace before recent excavations 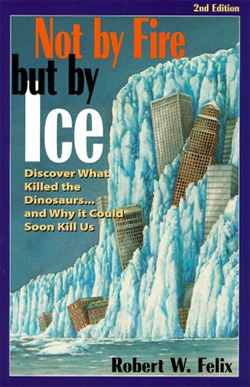