The Non-Local Mind in Holographic Reality

Nov 25, 2012
Richard Alan Miller, PhD is a physicist, herbalist, horticulturalist, author of 7 books, and former special skills trainer for the US Navy Seals. Miller began his military work as an original black ops team-member in the "X-Files" world of Navy Intel (Seal Corp. and then MRU) in the late 60s. Miller is the author of numerous foundational papers, including "A Holographic Concept of Reality" and "Embryonic Holography." He shares his experiences, conclusions and insider info from his days as an A-team physicist working for the military. Richard also explains how our non-local minds work in this holographic concept of reality. He talks about the importance of controlling our mind to create reality. Then, he’ll tell us about synthetic reality, cloning emotions, through wall surveillance and altered states of consciousness. In the second hour, Richard tells us about an entity he saw at Groom Lake, Area 51. We’ll talk about Mars, Morgellons disease and bacteria created by Monsanto, a former weapons company, which can be used to control thoughts. Later, we discuss the Schumann Resonance, DMT, ketamine and changing beliefs to see the effected results. 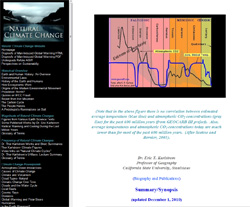