Apr 22, 2010
Sonia was born in Jamaica and at the age of 13 along with her parents she moved to the United States. Her curiosities of the journey lead her to further studies of the science of the body and the process by which it is interwoven into the third dimensional matrix; a matrix spiraling out of an infinite number of other matrixes. Her layman understanding of quantum physics widens her ability to intercept the simultaneous nature of timelines. Sonia Barrett’s work is an embrace of science and spirituality as one in the same. She is the author of two books. She returns to the program to discuss her book, “The Holographic Canvas”. She talks about how to hack the mind and break the code of reality. We discuss the human being as a program. How can we re-program our belief about reality and hence change reality? Topics Discussed: human beings as programs, genetic programs, the “stage one” human, collectivism & oneness, programmed reality, pre-programmed “computer game character,” what is the soul?, breaking reality codes, the Bible code, holographic design of reality, multiple lifetimes, science limiting reality, messiah figures, Croatian teenager wakes from coma speaking fluent German, the function of the brain, belief system, hack the mind, reassessing our beliefs, control and chaos, college degrees, levels of experience and reality, God and our perception. In the next hour with Sonia we discuss the different levels of control and manipulation and how to transcend them. We also discuss the evolution of this planet, human civilization and reality decoded by the individual. Do we have a soul or are we creating one as we go? Did someone (the creator(s) make a mistake with Earth? We talk about victim mentality and the reason for death & suffering on this planet. Sonia talks about how to manifest your reality with your own will. Later, we discuss the importance of your will and how the elite controlling factions have realized how to supplant their will upon us. Topics Discussed: astrology, how to transcend the programming of others, the planets & stars, Mercury in retrograde, destiny & fate, boundaries, cycles of life, expiration date, automatic mode, age cycles, boundaries, breaking free of all levels of manipulation, time & space, perception and belief, evolution, reality decoded by the individual, creating our soul, victim mentality, reaction, death, suffering, news, the belief behind the economic crash, the power of the observer, manifestation, the moment, the power of will and the elite controlling factions.

Government of the Matrix

The discovery of DNA variability, holographic blueprints and the symphony of life

Frequency Fields at the Cellular Level

Spiritual Science - DNA is influenced by Words and Frequencies

The Holographic Canvas and DVDs

The Holotropic Mind: The Three Levels of Human Consciousness and How They Shape Our Lives

Mind Programming: From Persuasion and Brainwashing, to Self-Help and Practical Metaphysics 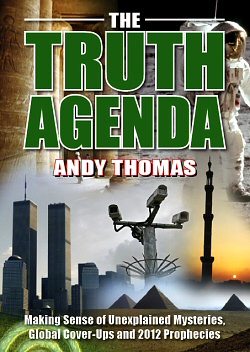