Feb 26, 2012
Sonia Barrett is the host/producer and founder of Sovereign Mind Radio, the founder and publisher of Sovereign Mind Magazine and the author of two books. Sonia's writing explores the possibility of immortality or physical existence beyond the common view of time, the potential for a natural ascension in consciousness and the computized design of reality. In the first hour, Sonia comments on the death of Whitney Houston. She talks about how mega stars are intentionally weaved into the fabric of our reality. Celebrities are being used as a conduit to absorb energy for something bigger. Then, we move on to discuss 2012 representing a rebooting of the system, an evolution to the game. Sonia talks about a cosmic timer and the evolutionary perimeters which are being controlled. She says each day represents specific frequencies supporting the unique experiences we each have according to our individual reality program. We continue with Sonia Barrett in the second hour about life beyond the programs of 2012. Sonia explains how the body and subconscious are tied into an automated matrix system. She says we are wired into certain protocols and regulations. Barrett tells us about frequency holds, unlocking the subconscious and being inter-dimensional within the game. The world is what is around you, what you know and your perception. It is who and what you interact with. For some, it is what is told to them. Yet it is not a true picture of the whole. Sonia ends on the roles we choose to fill in the game.

The Cosmic Game in 3D
The Holographic Canvas and DVDs
The Holographic Universe
The Holotropic Mind: The Three Levels of Human Consciousness and How They Shape Our Lives
Mind Programming: From Persuasion and Brainwashing, to Self-Help and Practical Metaphysics
The Universe - Solved! 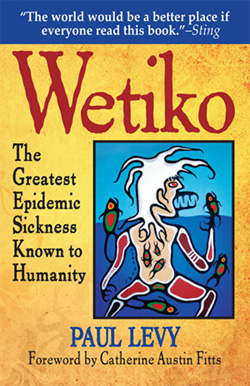