Apr 24, 2011
David Icke is an English writer, public speaker, and former media personality best known for his views on what he calls "who and what is really controlling the world". David is one of the most controversial speakers and authors in the world. He has written 16 books explaining his position and has attracted a substantial following across the political spectrum. His 533-page The Biggest Secret (1999) has been called the conspiracy theorist's Rosetta Stone. In the first hour of this interview, David begins talking about the new vibrations that are coming into the world to replace the old ones. He says it is not a time for the faint-hearted. The control system is clamping down harder than ever as more people are waking up to it. David says it is a time to listen to what feels right, not what sounds right. Then, he discusses the wide reaches and purpose of the current control system which is light years beyond us. David talks about the cosmic firewall that is in place between humanity and true information. This leads us into discussing the moon matrix. It is possible the moon is being used as a blocking device from decoding real information that would change the world of humanity and also beaming other frequencies which deceive the masses and protect those in control. So what is the moon and where did it come from? We'll discuss scientific aspects of the moon as well as some legend about it. David begins the second hour talking about Russian scientists from 1970 who wrote an article calling the moon a spaceship. He'll discuss the article. David wonders how many of these moons exist. Is the moon camouflaged? We'll talk about Saturn and it's moons and rings. David says he sees a massive broadcasting system. Could it be that reptilians and greys reside inside the moon? Then, we discuss the lights seen around the moon as well as the gold connection. David also talks about how the moon affects the human body, our cycles and our decoding process. Will the "super-machine" be turned off or is it up to us through expansion beyond the moon matrix? We end the interview, talking about transformation and electric fields.

The Alien Moon - Why NASA Never Returned To The Moon

The Moon - Who put it there?

Is the Moon the Creation of Intelligence?

NASA gets cold feet on Moon base plan

NASA celebrates the moon by shooting lasers at it

Astronaut Buzz Aldrin comments on the "Monolith" on Mars Moon Phobos: "God put it there"

Moon rocks lost in space? No, lost on Earth

Human Race Get Off Your Knees: The Lion Sleeps No More

Earth: Pleiadian Keys to the Living Library - By Barbara Marciniak

Who Built the Moon? - By Christopher Knight & Alan Butler

The Biggest Secret: The Book That Will Change the World (Updated Second Edition)

The David Icke Guide to the Global Conspiracy

Children of the Matrix: How an Interdimensional Race has Controlled the World for Thousands of Years-and Still Does

Infinite Love Is the Only Truth: Everything Else Is Illusion

I Am Me I Am Free: The Robots' Guide to Freedom

And the Truth Shall Set You Free: The 21st Century Edition

Alice in Wonderland and the World Trade Center Disaster 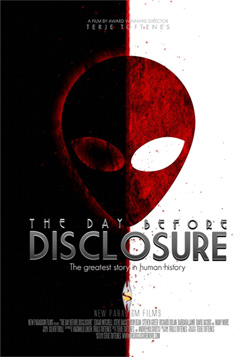