Considered one of the classics of conspiracy research, David Icke has spent the last quarter of a century unraveling the secrets of the universe, reality and the forces that manipulate our world. After writing more than 20 books, David Icke has driven on with his unrelentless investigation into subject areas that others don't dare touch. Icke joins us for a short segment to shares his thoughts on the latest pedophile network scandal in Rotherham, England. The lives of 1,400 White British girls in Rotherham have been sacrificed on the altar of political correctness and helped to once again expose the giant multicultural lie. Ann Cryer, a courageous former Labour MP for Keighley, was one of the first to raise the alarm in 2003 when she complained about gangs of Pakistanian pimps recruiting young British girls at the gates of schools in her constituency. Despite these and many other warnings, it took the police and authorities 11 years to act on this information. Despite these young girls calling out for help, being abused sexually, getting addicted to drugs and used in the most horrible conditions, it was political correctness and fear of being denounced as a “racist” that prevented action to be taken against these unspeakable crimes. David talks about how the how the Blair government opened the flood gates of immigration into the UK in order to change the country and the culture. Towards the end, we discuss British colonialism and why it’s a major error to believe that these kinds of atrocities is sound “payback” for what people have been told happened during the time of the British Empire. When will people turn their back on political correctness, realize that multiculturalism is a tool for the globalists and cease the endless double standards?

Davidicke.com
Rotherham - Child sacrifice to diversity god
Left and their big fat multi-cultural lie
U.K. Woman Who Reported Muslim Pedophilia Forced Into “Diversity Training”
Boer Wars
13 years ago this man was accused of abusing 18 girls in Rotherham - so why are police only NOW acting on the claims?
Stop creating a climate of fear!
Migrants Caught On Video Rushing Calais Ferry, Security Overwhelmed 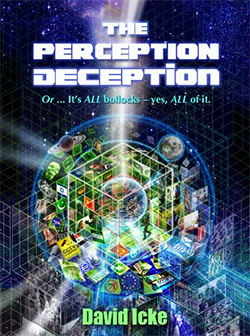