Whose Thoughts Are You Thinking?

Oct 5, 2010
Eldon Taylor returns to discuss his latest book "What Does That Mean?", the video presentation "Exploring Mind, Meaning and Mysteries" and how we can learn to own our own thoughts again. Eldon has a background in law enforcement and psychology. He's author of the books, "Choices and Illusions" and "Mind Programming". In this program we tackle the questions of free will and unconscious decision making. If we're all born as originals, why is it that so many of us die as copies? We discuss addiction to television, consumerism, sex, violence, the dumming down and cultural suicide of our society. It might sound grim, and it is but there is something that can be done about it. Tune in to find out. Topics Discussed: Choices and Illusions, context bound way, languages, own your thoughts, media, Pythagorean brotherhood, epistemological certainty, atheism, God, metaphysical reality, Plato, free will, unconscious decision making, the brain, addicted to television, imprinting, consumerism, sex, violence, Idiocracy, cultural suicide and more. In our second hour with Eldon Taylor we talk about synchronicity and if all events that occur in our lives happen for a reason. What does Eldon think about divine intervention, karma, reincarnation and destiny? Eldon uses the example of the movie "the Lord of the Flies" as an annalogy for what has happened on Earth. Eldon talks about the bystander effect or the Genovese syndrome. We try to get to the root of how we can wake up from the mediocrity. Whose thoughts are you thinking? Why do people surrender to authority? We also talk about the nature of the beast, the brain, heard mentality, video games, media and corporatism. Don't miss this enlightening second hour. Topics Discussed: synchronicity, divine intervention, karma, reincarnation, destiny, Lord of the Flies, Genovese syndrome, bystander effect, Who's Thoughts are you Thinking?, authority, the beast, the brain, heard mentality, video gaming, media, corporatism and more.

Lord of the Flies

What Does That Mean?: Exploring Mind, Meaning, and Mysteries

Mind Programming: From Persuasion and Brainwashing, to Self-Help and Practical Metaphysics

Wellness: Just a State of Mind? 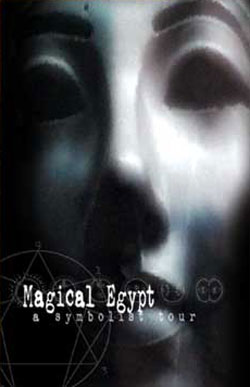