Ole Dammegård is an author, international speaker, investigator, former journalist, artist and creator of the website Light On Conspiracies. He returns to Red Ice Radio for a special extended segment to speak about his research and thoughts on an extremely controversial subject, the Jewish holocaust. Ole has spent at least 25 years investigating a multitude of conspiracies, and this area of history involves such an incredibly sinister agenda that it is now illegal in some European countries to question the official story or even attempt to investigate the facts. We discuss the sad fact that in the west, where we have a strong tradition of philosophizing and discussion, this story involves so much horror, misery and bloodshed that most will not even dare entertain the notion of a massive cover-up at play. Ole stresses the importance of really looking at the 6 million number, a figure that has popped up repeatedly beginning in the late 19th century, and has been discounted just as many times. We consider the role of Hollywood in perpetuating the extremely emotional images of horrific crimes the Germans allegedly committed against the Jews, and we take into account the very inconsistent, baffling stories of evil that make absolutely no sense. Ole picks apart some of the gruesome details of the concentration camp gas chambers, where the monumental task of exterminating millions of people was purportedly carried out, and he details clear evidence that shows these accounts do not compute. Then, we take an even closer look at the programming we have been subjected to and the sheer magnitude of the lie, along with the anti-Semitic wall of defense that keeps people from unlearning and awakening to the Holocaust hoax. We also talk about the Soviets’ function in producing the death toll number and gas chamber narrative, players who were involved in the Yalta Conference held two months before the end of WWII, and the policy that was decided upon to be used against Germany. Later, we examine the ways in which the Jewish holocaust and other events like 9/11 and the Charlie Hebdo massacre have resulted in a war against critical thinking. We attempt to unravel Israel’s part in this dark agenda and why America is so wrapped up in the mayhem created by its foreign policy. At the end, we mull over the real reasons Germany had for mounting this horrible conflict and we take into account who has been pulling the strings behind the war machine. 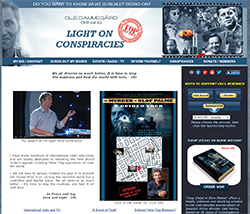