Mass Illusions: The Moon Landing, The Holocaust & The Beatles & Doubles

Jun 3, 2015
Jim Fetzer, a former Marine Corps officer, is McKnight Professor Emeritus at the University of Minnesota Duluth. He has published widely on the theoretical foundations of scientific knowledge, computer science, artificial intelligence, cognitive science and evolution and mentality. Ole Dammegård is an author, international speaker, investigator, former journalist, artist who is behind the website Light On Conspiracies. Ole and Jim join us to speak about their new book collaboration called, "And I suppose we didn't go to the Moon, either?" It is a collection of essays on government lies that is intended to challenge some of our most cherished and deeply held beliefs. Our conversation begins with the first subject of the book – the Apollo 11 Moon landing. Jim takes us through a few of the vast number of anomalies in the 5,000+ photographs in existence, and he talks about the problem with the Van Allen radiation belt, which continues to be a giant obstacle for space travel today. Ole gives his interpretation of why so many connections exist amongst various conspiracies within the government, and we discuss the backlash that is felt by researchers who decide to look into some of the most preposterous events in history. Then, we delve into the holocaust, anti-Semitism, hate speech, and the big media promotors of disinformation, as well as the deterioration of news coverage that is pushing the mainstream to alternative sources. In the members’ segment, we start with the fascinating tale of the Beatles and their golden boy, Paul McCartney. Jim relates how the British invasion of pop music in the US sparked a revival of spirit that was clung to by the grief-stricken youth who were reeling from the shocking assassination of JFK. We get into the details of the extreme operation that was used to replace the original Paul, who is said to have died in a car accident in 1966. Jim points to the numerous signs that suggest the Beatles placed clues about the death in their album artwork, lyrics, and even in the way they referred to Paul. Then, we look into the assassination of Saddam Hussein’s double and the real death of this beloved boogeyman. We also touch on the fakery surrounding Osama Bin Laden’s death and the disproportionately influential AIPAC lobby power that has been granted as a result of the sham. At the end, Jim gives us a rundown of the latest insane operation that has even the mainstream buzzing – Jade Helm. We chew over the different components of this military maneuver of which we can apply deductive reasoning, and we speculate on what could be in store for us if indeed we are on the road to Martial Law. 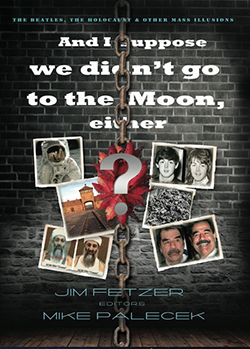