Coup d’etat in Slow Motion: The Assassination of Olof Palme

Jan 6, 2013
Writer, former-journalist, artist and musician Ole Dammegård joins us to discuss his book "Coup d’etat in Slow motion," a book that turned out to be a very important but dangerous task for him. In his book, Ole uncovers the real facts behind the assassination of the Swedish Prime minister Olof Palme, which has interesting similarities with the JFK assassination. He’ll discuss an international conspiracy of what is still claimed to be the deed of madman but has turned out to have its roots within the international military complex and world finances at the very highest level, all sanctioned locally from behind impenetrable veils. We’ll talk about the life of Olof Palme the unofficial and the official story. In the second hour we continue with the sketchy, delayed events following the aftermath of the assassination, including the investigation, witness accounts and inconsistencies. Ole’s research led him into a world of international assassinations, arms smuggling, acts of terrorism, weird suicides, pedophiles and freemasonic rituals. He’ll discuss a picture of Sweden rarely seen before. 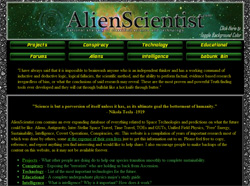