The Assassination of Olof Palme - Part 4

Apr 23, 2013
Writer, former-journalist, artist and musician Ole Dammegård returns to continue our series on the assassination of Swedish Prime Minister Olof Palme, as detailed in his book "Coup d'etat in Slow motion." Previously in part 1, 2 and 3, Ole uncovered the inconsistencies in the official story, including hidden facts behind the assassination. He spoke about the patsy, Christer Pettersson, an innocent alcoholic, who was framed as the murderer and sentenced for the crime. In this last installment, Ole presents a theory that takes the entire story to a whole new level. Olof Palme had been playing a double role for years, outwardly being the protector of the weak and poor, while at the same time invisibly serving the banking elite. Ole suggests that at one of the elite’s discreet sex-parties, the former prime minister was infected with HIV. Palme made the decision to fake his own death and end his political career instead of letting the news of his disease go public, causing a major international scandal. Towards the end of his political career, he did everything he could to clean up his act, getting rid of evidence that could lead to scandals, which would smear his name. Dammegård outlines the confusion that arose when two different assassination teams got in each other’s way. What was supposed to be a fake assassination turned out to be a real one. The Swedish government and police prevented witnesses and withheld evidence, which revealed the plans of a fake assassination. All real investigators were pushed aside, exchanged by inside people trusted from the highest levels.


Note from Ole regarding when he talks about a sniper on the other side of the street: Shortly after the assassination leads came in talking about a sniper. As far as I remember this information came via the West German Embassy. And then only days later, the F13 Bråvalla wing outside Norrköping aided the police by taking photos of Stockholm from the air. The Martin Röd wing made two flights with Viggen planes equipped with an infrared camera in order to localize a revolver in the snowdrifts or "thrown onto a roof". According to certain sources the fight was repeated the following day when it was discovered that "one of the cameras had not been loaded with film". Sounds more logical that they took photos of something they didn't like the public to know about, like the foot prints and marks after two people lying down, etc on the rooftop on the other side of Sveavägen.

The Soundtrack of Our Lives - Into the Next Sun 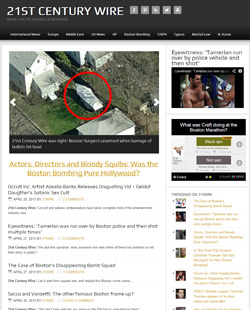