Apr 26, 2012
Jay Weidner is an author, filmmaker and hermetic scholar, considered to be a "modern-day Indiana Jones" for his ongoing worldwide quests to find clues to mankind's spiritual destiny. He returns to Red Ice to talk about his film, Kubrick's Odyssey. Jay presents compelling evidence of how Stanley Kubrick directed the Apollo moon landings. He reveals that the film, 2001: A Space Odyssey was not only a retelling of Arthur C. Clarke and Kubrick's novel, but also a research and development project that assisted Kubrick in the creation of the Apollo moon footage. Weidner also tells how Kubrick's film, The Shining is the story of Kubrick's personal travails as he secretly worked on the Apollo footage for NASA. In the second hour, Jay Weidner reveals that besides being a great science fiction movie, 2001 is also a multi-layered revelation concerning the human condition and our place in the universe. Weidner unveils new insights into this most mysterious of films and shows us that Kubrick was telling us another story underneath the story we are watching on the screen. In this secret story we can see that 2001: A Space Odyssey is actually a work of alchemy; a film that initiates the viewer into a higher consciousness and opens the mind and heart to new vistas for the entire human race. Kubrick uses powerful symbols in 2001 that were designed to reveal the secret of transformation and the path to our spiritual evolution.

The Imminent Fall of the WestOn the Edge of the Precipice of Civilization2012 Roundtable SpecialKubrick's Odyssey, The Brotherhood of Saturn & The Clash of CivilizationsFuture, Freemasonry, Numerology & GeometryAlchemical Cinema, 2012 the Odyssey, and Cuzco Revelation 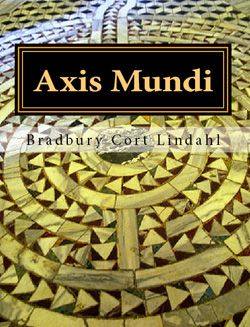