The Imminent Fall of the West

Oct 30, 2015
Jay Weidner is a filmmaker, author and scholar who is known for his ongoing worldwide quests to find clues to mankind’s spiritual destiny via ancient societies and artifacts. He has directed, written and/or produced several documentaries, including Kubrick's Odyssey, and has been featured on the History Channel. Weidner is the co-author of “The Mysteries of the Great Cross of Hendaye: Alchemy and the End of Time” and “A Monument to the End of Time.” In 2000, he founded Sacred Mysteries together with his wife, Sharron Rose, and has since directed thirteen films, including the recently released, The Last Avatar. Jay is also Director of Original Programming at Gaiam TV.

Jay returns to Red Ice to pick up on the conversation begun over a year ago, when we spoke about the coming collapse of the West and the destruction of Europe. Jay links this cataclysmic insanity to the Shemita, a 7 year recurring cycle that crescendoed with the defeat of Germany in 1945 and is now climaxing again in a final jubilee with the 2015 invasion. He contends that this numerological working is tied to the Kabbalah, the Freemasons’ conversion to Islam back in the Templar days, and the methodical destruction of Christianity. Jay highlights a few of the suspicious tragic events of the past 70 years, which he says are part of a deadly theatre designed and enacted by the NWO to bring chaos and ruin to Western civilization. We look at signals being sent out by Donald Trump and the technocracy indicating that we’re in endgame territory. Then, Jay talks about The Last Avatar and using propaganda to aid in our spiritual awakening.

In the second hour, we continue our appraisal of the Hollywood machine and how its momentum and power can be directed towards ripping the lid off of the world’s evil influences. Jay illustrates what the modern art movement has done to destroy consciousness and create a degenerate and soulless culture of critique that we can now see in its death throes. He brings the story of Walt Disney into focus and explains why the brilliant man who created art in celebration of European culture was utterly hated and demonized by Hollywood’s elite. We also dig into the dirty underbelly of the entertainment industry, where layers of pedophilia, sexual abuse, and drug addiction are part of the recipe for producing movies with disturbing undertones aimed at perverting the minds of young children. Further, we look at the starring characters of Caitlyn Jenner and the Kardashian women in the agenda to destroy masculinity and gender roles, while simultaneously lending to the obliteration of genuine art and creativity. In conclusion, we discuss raising up the human spirit and honoring nature with traditional forms of art and storytelling in true rebel fashion.

The Last Avatar Movie
Sacred Mysteries
jayweidner.com
How To Destroy A People And Their Culture In 10 Easy Steps
Countries by intentional homicide rate
Governor opens town to tsunamigration, tells Germans to leave if they don't like it.
Chaos in Germany! Muslim Gangs Attack Churches and Schools - Rape Women and Children!
Top-level German Intelligence Agencies Predict “Ethnic Conflicts” and Public Revolution on Immigration
If Sweden and Germany Became US States, They Would be Among the Poorest States
Media Reports "580 attacks" on Invader Centers
Insight - Saint George and the "White Whore"
The Lost Boys: Corey Feldman on Predators and Sexual Abuse in Hollywood
Contemporary Art Reflects Our Cultural Degeneracy

The Last Avatar Movie
Kubrick's Odyssey Secrets Hidden in the films of Stanley Kubrick
The Clash of Civilizations and the Remaking of World Order
The Saturn Myth: A Reinterpretation of Rites and Symbols Illuminating Some of the Dark Corners of Primordial Society
Fire & Ice: Magical Teachings of Germany's Greatest Secret Occult Order (Llewellyn's Teutonic Magick Series)
The Mysteries of the Great Cross of Hendaye: Alchemy and the End of Time
Secrets of Alchemy - The Great Cross and the End of Time by Jay Weidner 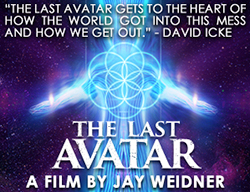