Kubrick's Odyssey, The Brotherhood of Saturn & The Clash of Civilizations

Mar 6, 2011
Called by Wired Magazine an "authority on the hermetic and alchemical traditions," and "erudite conspiracy hunter," Jay Weidner is a renowned author, filmmaker and hermetic scholar. Considered to be a "modern-day Indiana Jones" for his ongoing worldwide quests to find clues to mankind's spiritual destiny via ancient societies and artifacts, his body of work offers great insight into the circumstances that have led to the current global crisis. He is the producer of the documentary films, "2012 The Odyssey", its sequel "Timewave 2013" and "Infinity; The Ultimate Trip". Jay joins us to discuss his latest film "Kubrick's Odyssey: Secrets Hidden in the films of Stanley Kubrick". The acclaimed American film director Stanley Kubrick told an important story with all his films and they all connect with each other and communicate a message. The question is if Kubrick was murdered considering what he trying to reveal with his films. We start to examine the film "Eyes Wide Shut" and how it connects with mind control, the elite, satanic, archonic, and demonic forces. We also discuss the Brotherhood of Saturn, the secret space program and Arthur C. Clarke. In the second hour we begin to discuss Albert Pike's letter to Giuseppe Mazzini detailing a plan for three world wars. The letter described how Islam, Zionism and Christianity will destroy each other and in the process start a third world war. We also talk about the clash of civilizations, problems with multiculturalism, urban civil war, culture wars, gang wars and the insanity of religion. Current developments in both Europe and America are suggesting that clash of civilizations now is a reality. We also talk about 2012 with Jay, the information revolution, knowledge as solution and the rebellion of the intelligent.

Kubrick's Odyssey Secrets Hidden in the films of Stanley Kubrick

The Clash of Civilizations and the Remaking of World Order

The Saturn Myth: A Reinterpretation of Rites and Symbols Illuminating Some of the Dark Corners of Primordial Society

The Mysteries of the Great Cross of Hendaye: Alchemy and the End of Time

The Imminent Fall of the WestOn the Edge of the Precipice of Civilization2012 Roundtable SpecialKubrick's Odyssey: How Stanley Faked the Moon Landings & Alchemical Kubrick: The Great Work On FilmFuture, Freemasonry, Numerology & GeometryAlchemical Cinema, 2012 the Odyssey, and Cuzco Revelation 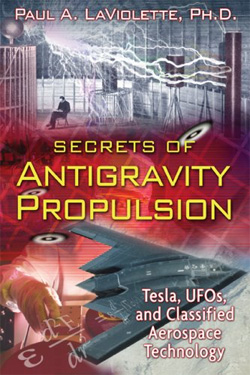