Oct 1, 2006
This is an exciting program with author and filmmaker Jay Weidner. We talk about his book "Alchemical Cinema: A Search for the Spirit in Contemporary Filmmaking" as well as Kubrick's 2001, Tolkien’s Lord of the Rings, James Cameron's Terminator and Titanic. What are the messages in these movies, and are the directors and writers always aware of these messages themselves? Also, we discuss his new film "2012; The Odyssey". In our second hour, we explore deeper into the concept of 2012. What can we expect in the years ahead? During the end of the interview, Jay opens up about his "dead end" he encountered in Cuzco, Peru (where the Great Cross of Hendaye points) and shares with us his revelation.

Secrets of Alchemy - The Great Cross and the End of Time

The Mysteries of the Great Cross of Hendaye: Alchemy and the End of Time

The Imminent Fall of the WestOn the Edge of the Precipice of Civilization2012 Roundtable SpecialKubrick's Odyssey: How Stanley Faked the Moon Landings & Alchemical Kubrick: The Great Work On FilmKubrick's Odyssey, The Brotherhood of Saturn & The Clash of CivilizationsFuture, Freemasonry, Numerology & Geometry 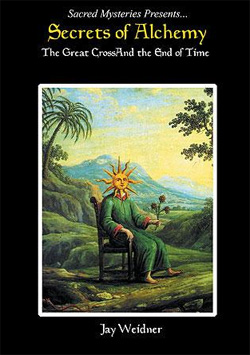