Mass Immigration, The End of Nations & The Clash of Civilizations

Sep 27, 2011
For nearly 35 years, John Coleman, a political scientist and economist, has been reporting and writing on the subject of political conspiracies and world affairs. Coleman has published 14 books and hundreds of reports analyzing the power structure of the world. He argues that a relatively small group of elite, "The Committee of 300", are pursuing a goal of one-world government. John is probably best known for his books "The Conspirators' Hierarchy: The Committee of 300" and "The Tavistock Institute of Human Relations", both heavily referenced by other conspiracy researchers. He's also written: "The Rothschild Dynasty", "Diplomacy by Deception", "What You Should Know about the United States Constitution and the Bill of Rights", "The Club in Rome", "We Fight For Oil" and many others. Since 1970, he has produced "World in Review", a bimonthly news magazine. He returns to the program for a controversial two-hour program, discussing his new upcoming book called "National Suicide: Immigration 1965-2080." In the second hour, Colman continues on the subject of mass immigration, the end of the national state and the creation of a new world order. We'll talk about the British politician Enoch Powell and his controversial "Rivers of Blood" speech in 1968. His speech was a reaction to the Commonwealth Immigrants Act of 1968. After this speech, it became "politically incorrect" to discuss the problems surrounding mass immigration. Then we attempt to get to the heart of the matter as to why the nation builders are so eager to deconstruct the nation state model. American physicist Michio Kaku's idea about turning Earth into a "Type 1" civilization are widely discussed in the media and these ideas echo Gene Rodenberry's idea of a planetary federation in Star Trek. Is the ultimate plan to turn Earth into a planetary mono-culture? Lastly, Coleman talks about the committee of 300, Fabian socialists, The Boer Wars and war over resources.

The Power of the Rothschilds

The Conspirators Hierarchy: The Committee of Three Hundred

Beyond the Conspiracy: Unmasking the Invisible World Government, the Committee of 300

The Tavistock Institute of Human Relations: Shaping the Moral, Spiritual, Cultural, and Political. And Economic Decline of the United States of America

Diplomacy by deception: An account of the treasonous conduct by the governments of Britain and the United States

The Club in Rome

The Committee of 300 & The State of the States 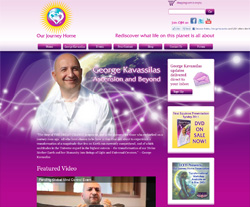