Oct 29, 2009
Eldon Taylor, Ph.D., is an author, speaker, former criminalist and one of the world’s foremost experts on preconscious information processing. He is the author of five books regarding the subject of subliminal communication. Eldon has earned doctorates in clinical and pastoral psychology. He is an ordained interdenominational minister and a Fellow in the American Psychotherapy Association. He joins Red Ice to discuss the nature of the mind, awareness, subliminal programming and how we are being programmed by external forces. He also talks about how we are being influenced and controlled by the propaganda from governments, media and culture and how to break free from programming and live the life we want. Topics Discussed: background in LA Police, masking, lie detection, single frame ad for McDonalds, subliminal information, using mind technology for nefarious purposes, government looking at psychological studies, H1N1 propaganda, state sponsored propaganda, insertions in news, RATS, influencing behavior with subliminal programming, negative subliminal content, RATS is STAR backwards, subliminal seduction, Playboy ad, supraliminal, Jesse Jackson, conditioning, conscious awareness and much more. Join us for our second hour as we discuss sex in advertising, violence, fear and programming though unconscious drives. We’ll also talk about Freud's nephew Edward Bernays, the master of propaganda and neuro marketing. Then, Eldon talks about our brain, the death wish and arousal. Next, we discuss the news and the government’s use of propaganda and subliminal, persuasive messages. How do you become aware of messages and information that is targeted at your subconscious? Eldon talks about the importance of immersing yourself in positive information and taking control of what you put into your mind. He says to rehearse something positive every day, learn something new and empower yourself with information. Topics Discussed: sex, violence and mind programming, Edward Bernays, guiding the masses, neural marketing, scientific marketing, ID, Freud, anti smoking ads, cortical inhibition, our brain is hardwired for survival, fear, evil, death wish, heightening arousal, restless leg syndrome, creating problems, Frank Luntz, words that work, Clotaire Rapaille, the unconscious code, focus groups, extremism, gun control, “Joe the plumber", Obama redistributing the wealth, Fox News and the Whitehouse relationship, Joseph Swann, Tesla, Dewey and Thorndike, the three tier system, how can we become aware of something that targets our unconscious, media, TV and brainwaves, hypnosis, commercial programming, our consciousness is our firewall to keep the mind viruses out, gain new knowledge and skills, immerse yourself in positive information, Pascal, meditate, be still and know, face our fear, love and joy, rehearse something positive 20 minutes a day, fight and flight, exposed to negative information, non-attachment to the information, Judas Priest and "do it" subliminal.

FCC on Subliminal Programming
"The Commission sometimes receives complaints regarding the alleged use of subliminal perception techniques in broadcast programming. Subliminal programming is designed to be perceived on a subconscious level only. Regardless of whether it is effective, the broadcast of subliminal material is inconsistent with a station's obligation to serve the public interest because it is designed to be deceptive."

Mind Programming: from Persuasion and Brainwashing to Self-help and Practical Metaphysics

Whose Thoughts Are You Thinking? 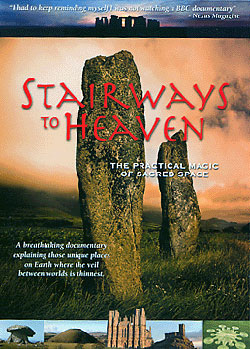