The Manipulation of Humanity & The Multi-Dimensional Matrix

Mar 22, 2012
British author David Icke has written 20 books and traveled to over 55 countries since 1990. His books reveal how a hidden hand is behind world-changing events like the attacks of 9/11 and the manufactured wars in the Middle East, as part of a mass mind manipulation technique he has dubbed problem-reaction-solution. While being controversial and often heavily attacked, David Icke has driven on with his unrelentless investigation into subject areas that others don't dare touch. He reveals information that has been kept from a "dumbed down" population and has allowed the establishment to treat them as nothing more than slaves to a sinister hidden agenda. David returns to Red Ice to talk about his newest book, Remember Who You Are. First, we begin the interview discussing Robert Green's campaign and ritualistic child abuse. Then, David speaks about reality within our holographic universe. Later, David gives his perspective on aliens manipulating human DNA. Lastly, we discuss archetypes as software programs. David explains how human emotion is tied to genetics and using consciousness to override manipulation from external sources. David begins the second hour talking about the waking up process which is constant. Then, we'll talk about how humans are trapped in the left brain and how words create a vibrational field. We'll move on to discuss mass ritual, symbols and energy vampirism. David comments on the future of technology and robotics. He says the controllers expect a rebellion therefore attacks on humanity, using a robot army, have already been planned to prevent the truth vibration from thriving on the planet. We'll talk about our multi-dimensional matrix and the multi dimensional effort to keep us locked into a certain vibrational state. David gives a new perspective on death, the body mind and reincarnation. "Death is no cure for ignorance." We end talking about our constant mind chatter and emotional responses as running programs.

Remember Who You Are
Human Race Get Off Your Knees: The Lion Sleeps No More
The Biggest Secret: The Book That Will Change the World (Updated Second Edition)
The David Icke Guide to the Global Conspiracy
Children of the Matrix: How an Interdimensional Race has Controlled the World for Thousands of Years-and Still Does
Infinite Love Is the Only Truth: Everything Else Is Illusion
I Am Me I Am Free: The Robots' Guide to Freedom
And the Truth Shall Set You Free: The 21st Century Edition
Alice in Wonderland and the World Trade Center Disaster
davidickebooks.co.uk

Jon Hopkins - Light Through The Veins 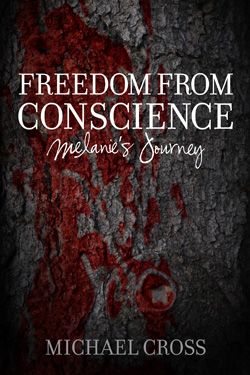