Pär, Robin and Emil are with us to discuss their involvement in the Nordic Resistance Movement and the paths that led each of them to embrace National Socialist ideology. Robin summarizes the 9 points of the NRM’s goals and visions, which focus on stopping mass immigration, reconquering power from the global Zionist elite and creating a self-sufficient Nordic state with strong involvement and influence of the people, a citizen-owned mass media, and a modern society living in harmony with the natural order. We consider the demonized version of national socialism that has been propagandized by Hollywood, and the influence that the social policies from the 3rd Reich had on Swede’s glory days prior to WWII. We look at how the economic system of Germany in the 1930s and 40s was free from the Rothschild banking system, and why this independence posed a major threat to the Zionist agenda. Emil illustrates the destructive nature of the privatized, super-capitalist state system of Sweden that is usurping tax revenues to fund the country’s cultural annihilation through mass immigration programs. We learn how asylum centers and homes are financed through classified contracts with Zionist lenders and forcibly established by the Swedish migration agency. We also discuss the problem of Islam in Sweden and the Zionist infiltration of the Sweden Democrats.

In the members’ half, we get into the static and consistent attacks that the NRM has received from the liberal-controlled Swedish media, and the guys give a clear picture of the absurd hate speech laws that are used to make political prisoners out of activists endorsing national socialism. We discuss the freemasonic flavor of the courts, the Wallenberg banking family, and the incestuous relationships within the political establishment and the media. Then, we weigh up the many ways multiculturalism is eroding the most vulnerable populations of Sweden, along with the special allowances provided to immigrants and the evil entrepreneurs who profit from their infestation. The fellows talk about the strategies of NRM and what they are doing to awaken, organize and mobilize the citizens of Sweden to counter this grim situation. They give examples of how the treasonous government relentlessly acts against the will of the people and seeks to prevent any kind of organized opposition, and we look hopefully to the many strong indications that the ordinary majority is beginning to recognize its true enemies. Pär emphasizes the value of building a solid organizational structure with members who can maintain positions within the existing political system and law enforcement. Our conversation ends on best strategies for the pro-White movement and establishing a doctrine that promises a victorious future for Swedes.

Agalloch - Ghosts of the Midwinter Fires 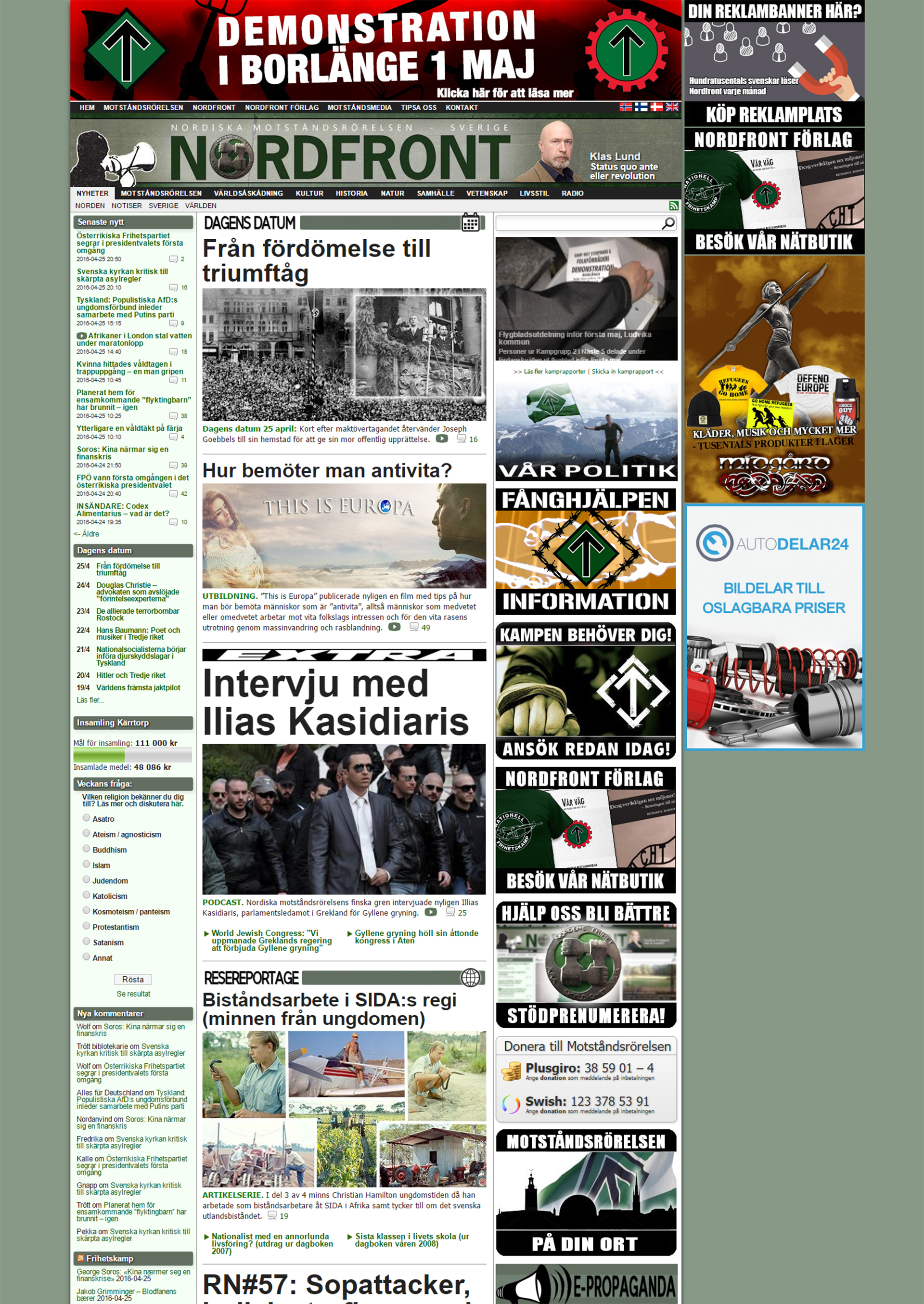