The Paris Attacks, Politics of Guilt & Hierarchy of Victims

Jan 12, 2015
Dr. Paul Edward Gottfried is an American paleoconservative political philosopher, intellectual historian, columnist and retired Horace Raffensperger Professor of Humanities at Elizabethtown College, as well as a Guggenheim recipient. He is the author of many books, including Conservatism in America, The Strange Death of Marxism, After Liberalism, Multiculturalism and the Politics of Guilt, and Leo Strauss and the Conservative Movement in America. Our discussion with Dr. Gottfried begins with an overview of the recent shooting massacre at Charlie Hebdo in France. We consider the ramifications of the growing Islam sect in Europe and the Neoconservative agenda that seems to have welcomed this brand of “terrorist” activity. Paul talks about the blending of the Left and Right, the push for multiculturalism, and the lack of any true opposition to the culture clash that is occurring between Islam and the West on European soil. Then, Paul explains the politics of guilt, tactics fueled by racism, social atomism, and the breaking down of traditionalist values while pushing the new religion of political correctness. We discuss how cultural Marxist social engineering is transforming Northern Europe and America by destroying any remnants of bourgeoisie, White, Christian society while at the same time controlling all forms of speech and thought. We look at the power structures of the elite, the manipulation of victim classes used to gain and maintain power, and the demonization of homogenous societies. In the second hour, we examine the big enabler, the state, and the various political parties, none of which seem to have any focus on preserving cultural values. Paul makes comparisons of the brainwashing and war on human nature that is occurring in the US and Europe and points out signs of the beginnings of change. Further, we talk about immigration rates, the assimilation of radical, hostile populations, and the reformation of democracy. Additionally, we consider the increasing emasculation of Western men, the priesthood of the managerial class, and the hierarchy of victims and victimizers. In the end, Paul shares some predictions for the fate of Western Civilization.

Multiculturalism and the Politics of Guilt: Toward a Secular Theocracy
After Liberalism: Mass Democracy in the Managerial State
Leo Strauss and the Conservative Movement in America
Conservatism in America: Making Sense of the American Right
The Strange Death of Marxism: The European Left in the New Millennium
War and Democracy

Metallica - The God That Failed 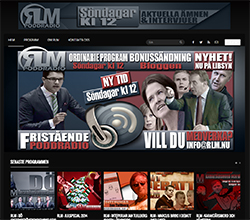