The Pyramid Code, Band of Peace, The Migration of the Nile & Cosmic Cycles

Aug 17, 2010
Carmen Boulter is an author and teacher at the University of Calgary in Canada. She also produced the documentary, "The Pyramid Code" - a 5 hour, 5 part program that asks the pertinent questions that many of us have when it comes to the mysteries of the ancient land of Khemet. In this program, she talks about ”the pyramid code.” We explore the pyramid fields and ancient temples in Egypt as well as ancient megalithic sites around the world looking for clues to matriarchal consciousness, ancient knowledge and sophisticated technology in a Golden Age. Topics Discussed: The Pyramid Code, Abd'el Hakim Awyan, Abu Roach, alchemy, underground network passageways, John Burke, Laurence Gardner, casing stones, lime stone, insulated wire, breaking apart the atom, radon gas, quartz, Viktor Schauberger, dreamtime, Ka-Ba, ancient science, The Band of Peace, Hatshepsut, sacrifice, John Anthony West, 2012, cosmic alignment, waxing and waving of culture and civilization, John Major Jenkins, shadow agenda, thought creation, sun-dog, electric conductivity of the pyramids, Sirius, Sphinx, temple of Isis, secret excavation, The Migration of the Nile and more. We proceed with Carmen Boulter in our next hour to discuss Nabta Playa, Egypt's oldest rock art, the hieroglyphics and the flood. Is the Sphinx really 50 000 thousand years ago? How old are the pyramids? We address the question of age and the placement of the pyramids with the stars of Orion, Pleiades and Sirius. What is the purpose of the pyramids? We talk about the great pyramid as an energy machine and discuss some of Chris Dunn's ideas. Another robot is intended to go up one of the shafts now again. Is it another ploy, another distraction? What happened last time with the mystery of Gantenbrink's Door? We also talk about the shafts, teleportation chambers and where the technology and knowledge comes from. Is it from aliens, Atlanteans, Annunaki or maybe none of these? We talk about the mystery of the pyramids and and how we are able to project whatever we want onto them, and so many different theories seem to work as an explanation for the purpose of the pyramids. Maybe there isn't just one answer? Later, Carmen talks about magic, alchemy, patriarchy, matriarchy and more. Topics Discussed: Nabta Playa, the flood, The Sphinx, redoing the casing stones, placement of the pyramids, Orion, Pleiades, Sirius, quartz, Karnak Egypt, resonance field, Tesla, Gantenbrink's Door, Chris Dunn, pyramids as an energy machine, Saqqara, teleportation chambers, aliens, Atlanteans, Annunaki, angels, Dogon, Per Neter, phi ratio, projection, magic, alchemy, patriarchy and more.

The Pyramid Code at The Orassy (London) 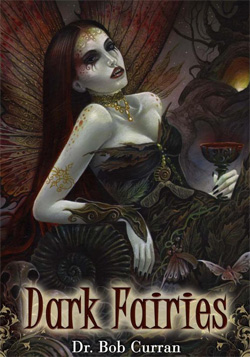