The Roman Cult, The Khazars & The Sabbateans

Nov 24, 2011
Frank O'Collins is an author and futurist having developed over 60 web sites on global issues and solutions. 25 years ago, Frank started collecting and working on the ideas that eventually became UCADIA. Since then, Frank has completed a range of books, patents, and models covering a vast array of subjects. Frank's current focus is finishing the 22 books of Canon law, based on the "Restore the Law Project," aimed at challenging the root of Roman Vatican law, 500 years since Martin Luther first challenged the authority of the Vatican and its commercial allies. Frank will talk about UCADIA, the Roman cult, law, sovereignty, history of the Venetians, the Khazarians and other related global issues. We proceed with Frank O'Collins in our second hour talking about Martin Luther, the Protestant Reformation, the protest against the Vatican, Ritus Verum and the 144 Truths. Frank mentions the positive aspects of Occupy Wall Street. Then, we discuss the "land pirates," the Khazars, the Sabbateans and their cult leader Sabbatai Zevi. We attempt to find the origin of the banking system and bring up Zürich and the Bank of International Settlements in Switzerland. Later, O'Collins tells us about the concept of "the covenant of one heaven", a year long period lasting from December 21 2011 to December 21st 2012, which he calls "Judgment Day." He says therein lies a warning to the elite.

The Rise of Nihilism & The Apex of World Control 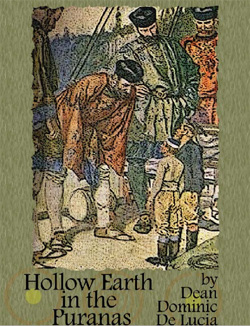