The Sacred Veneration of the Honeybee

Feb 21, 2012
Andrew has been an enthusiast of the esoteric for decades. He is Editor in Chief of Mindscape - an international magazine, Chairman of The Rennes Group, and former Director of the Institute of Interdisciplinary Sciences (ISIS). Andrew has also been featured in several documentaries. Gough has written for journals and publications and is currently finishing his new book, The Hidden Hive of History: The Forgotten God of the Ancients. Andrew is considered an expert on bees and their mythology. We'll explore the sacred tradition that has existed for over 100 million years; the veneration of the honey bee. Gough reveals new insights into Atlantis, the fabled labyrinth of Knossos, the Sphinx, as well as the genesis of religion, politics, the illuminate, and the mysterious seafarers whose hallucinogenic concoctions enabled them to become the drug lords of the ancient world, and rulers of souls in the afterlife. The Hidden Hive of History is about the forgotten god of the ancients; the sacred honey bee. In the second hour, we continue to discuss the symbolism of black and yellow. Egyptians and other ancient civilizations venerated the bee as well as secret societies, such as the Freemasons. Is an "evil tradition" connected to the bee? The queen bee and her worker drones remind us of the detrimental collectivist structure of a socialist dictatorship. Our conversation continues with etymological connections to "bee". We discuss the Djed pillar, bull and bear symbolism. Also, many users of hallucinogenic compounds and other drugs have claimed, during their "buzz", they feel a connection to insects and bees. Gough also shares his opinion on why the bees have been dying off in large numbers during the last few years. Finally, Andrew talks about quantum components within honey bee communication. This brings us to into vibration, acoustics and architecture, which is based on the beehive. One famous example is the Nazi's SS Castle in Wewelsburg in Paderborn, Germany that produces a phenomenal resonance.

Forthcoming: The Hidden Hive of History
The Shamanic Way of the Bee: Ancient Wisdom and Healing Practices of the Bee Masters
The Sacred Bee in Ancient Times and Folklore 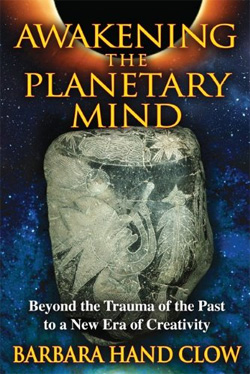