Nov 21, 2010
In this program we talk about the work of Christian Joy O'Brien and parts of his book "The Shining Ones", now back in print and made available by Edmund Marrige from the Golden Age Project. Edmund is the Principal of the Patrick Foundation, an Independent Researcher with a background in Business and Land Management. His Golden Age Project inspired by the work of Christian and Barbara Joy O'Brien promotes the recovery of past knowledge in order to resolve many of today's problems. Christian O'Brien devoted his retirement to researching the many enigmas of prehistory, surveying and he went on to discover from Early Sumerian and other ancient texts that the founders of agriculture and civilisation in the Near East c. 9,500 BC was a group known as the Annanage or Annunaki. In the first hour of this program, we begin by talking about the recent passing of researchers Zaharia Sitchin and Laurence Gardner, who also was deepley involved in researching the possibility that these ancient gods were behind agriculture and civilization. Topics Discussed: Zaharia Sitchin, Kharsag, L.A. Waddell, 3370 B.C., Laurence Gardner, Genetic Engineering, Charles Hapgood, "Maps of the Ancient Sea Kings", Osiris, botanists, genetic engineering, agriculture, collapse of civilization, culture bearers, Gnosticism. We continue to discuss Kharsag and the area of Rachaiya Basin in Lebanon with Edmund Marrige in our second hour. We also talk about the excursion which the Golden Age Project recently took to Lebanon and what it is like today. We discuss creation of man, a possible first visit by the Annanage about 40 000 years ago and of course touch upon the ever present question of where they came from. We also spend some time talking about lost knowledge. Edmund shares his view of some of the problems in our current times and the enslavement of minds by state, government and corporatism. Topics discussed: Kharsag, Rachaiya Basin, Lebanon, Annunagi, titles of the Annunaki, Cedar trees, Mount Hermon, Baalbek, Angels, Enoch, creation of man, possible first visit by the Annanage in 40 000, Cro-magnong, incarnation, Mars, minds enslaved by the state, lost knowledge, power of song and more.

The Origin of God 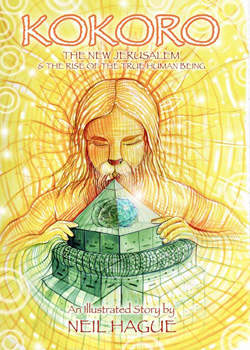