The Sinking of M/S Estonia & The Illuminati

Aug 14, 2008
Lawyer and author Henning Witte talks about the sinking of M/S Estonia. Henning talks about how he became involved in the M/S Estonia disaster, what happened, the official story, contradictions, evidence, speculation and the alternative view. For the second hour, Henning talks about who is responsible for sinking of M/S Estonia and we discuss the connection to the Illuminati and the similarities to 9/11 and the 7/7 bombings in London. More Topics Discussed: threatened witnesses, NATO exercise during the same time the M/S sank, the cover up, SÄPO (Swedish Security Police) and the delayed rescue operations, Bonniers, military operation and the Swedish Board of Psychological Defense, the Bilderbergers, Carl Bildt & Mona Sahlin, corruption within the legal system, Christopher Bollyn, Mossad and much more.

Nine people disappeared without trace after being rescued. What happened?

The Sinking of Estonia (By Christopher Bollyn) 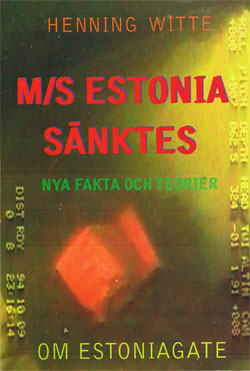