Dec 9, 2010
Jim Marrs is a former newspaper journalist and a best-selling author with focus on conspiracies and cover-ups. He's written "Crossfire", "Alien Agenda", "Rule by Secrecy" and "The Terror Conspiracy". His latest books are "The Rise of the Fourth Reich" and "The Trillion-Dollar Conspiracy". In this program we pan across the geopolitical spectrum and discuss zombie banks, how trillions of dollars went down the drain in bailouts, the history of the United States and the emerging global socialist dictatorship. We also talk about the Wikileaks distraction, Julin Assange, the control of the media and the attempts to control the internet. The TSA are now terrorizing Americans and visiting tourists, haven't the so called "terrorists" achieved their objective? Topics discussed: US tax dollars, the creation of money, power, Benjamin Franklin, American Revolution, Boston Tea Party, Knights of the Golden Circle, American Civil War, Financial Stability Board, socializing the banking system, charity & help, corporate control of the media, Wikileaks, Julian Assange, control of the Internet and more. In our second hour with Jim Marrs we talk about Michael Chertoff's Rapiscan naked body scanners and how it was sold to the American people based on the lie and fraud of the so called "Underwear Bomber". We also talk about control of people through religion, media and money. Then talk about the problems with socialism and how Sweden is a model that now is being promoted and exported to the United States and the rest of the world. Later discuss Hitler's rise to power with funding from Wall Street and draw pre World War Two historic parallels to the time we're in now. Topics discussed: the underwear bomber: Umar Farouk Abdulmutallab, the well dressed man, PETN, false flag operations, Michael Chertoff, money making, Rapiscan, control through religion and money, National ID Act, Goldman Sachs, Hitler funded by Wall Street bankers and tyranny.

Who got the Bailout Money? Trillions Down the Drain

Who Owns The Media? The 6 Monolithic Corporations That Control Almost Everything We Watch, Hear And Read

Knights of the Golden Circle

The Socialization of America

The Trillion-Dollar Conspiracy: How the New World Order, Man-Made Diseases, and Zombie Banks Are Destroying America

The Rise of the Fourth Reich: The Secret Societies That Threaten to Take Over America

Rule by Secrecy: The Hidden History That Connects the Trilateral Commission, the Freemasons, and the Great Pyramids 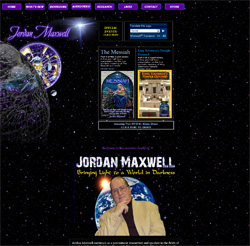