The Triumph of Spirit & The Annunaki Power Structure

Nov 30, 2006
Michael Sharp returns to the program to talk about his Tarot deck and book "The Book of the Triumph of Spirit: The New Age/New Energy Tarot System". We discuss what is going on in the world and what we can expect between 2007 - 2012. Things are rapidly changing. Do you feel you're part of something new or something old? We talk about the soul, the spirit, awareness, consciousness, ascension, meditation and the tarot. During the second hour, Michael Sharp talks about the narrow-mindedness and flaws of the scientific model, and how the official "History" of our past has worked as a deception. This has close ties with the old "Annunaki power structure" of slavery, fear and hierarchy. Who where the Annunaki? When did they come here and have they returned once again? Towards the end, we discuss the control grid of micro-chipping and gene splicing. Is this a sign of the final and last attempt of a dying system's survival?

The Promise of the New, The Dying of the Old

The Nature of God

The Book of the Triumph of Spirit 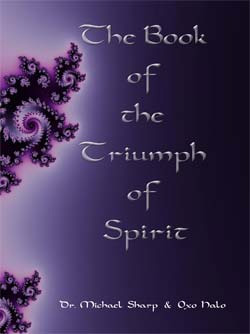