The Vikings at Repton & Ivar the Boneless

Martin Biddle is a British archaeologist and academic whose excavation and recording techniques have revolutionized the field. He is an Emeritus Fellow of Hertford College, Oxford, and Honorary Fellow of Pembroke College, Cambridge, as well as Archaeological Consultant for Canterbury Cathedral and St. Albans Cathedral and Chairman of the Fabric Advisory Committee of Winchester Cathedral. Professor Biddle joins us today to speak about exciting evidence of Vikings found at an excavation in Repton, England. Martin starts with a brief history of some of his most treasured projects in England, where he began his career in the 50s. He then describes the dig at Repton, which began in the summer of 1974 as a study of the structure of the Anglo-Saxon Church of St Wystan and an investigation of some odd stories of discoveries in the garden of Vicarage near the church. The church stands on an Anglo-Saxon crypt and is one of the most important sites to survive in England from before the Norman Conquest. At this location Martin and his late wife, Birthe, unearthed the remains of the Viking Great Army that had overwintered there in 873-4. Martin goes into detail about the many extraordinary finds at Repton, including a massive warrior burial mound, Viking tools, a central coffin containing what is believed to be the remains of Ivar the Boneless, and the bones of a giant skeleton. Then, Martin illustrates the historical significance of the findings at Repton, a quintessentially English place that was the backdrop for momentous social and religious change in the 8th and 9th centuries. We conclude with an overview of the next stage for the Repton project.

Repton and the Vikings
The Tomb of Christ
The Church of the Holy Sepulchre
Nonsuch Palace: The Material Culture of a Noble Restoration Household 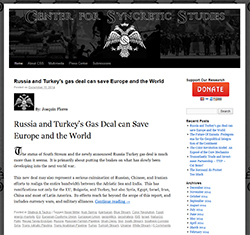