Jul 29, 2011
Christopher Knight begins talking about messages from our solar system to unlock our DNA. The solar system is trying to get our attention in order to help us. Then, we talk about the Moon, its attributes, effects on human life and how it breaks all the rules. Chris tells us why he thinks we haven't been back to the Moon. Chris became a Freemason in 1976. Today he believes there is a Masonic agenda, yet another group is pulling the strings. We talk about the founding of America as the Masonic experiment and Washington, DC as Zion and the Pentagon as the Stonehenge of USA, designed according to ancient megalithic measurements. Maryland and Virginia flank DC as goddess worship is an important part of Freemasonry. Chris will also discuss the Masonic belief about The New Jerusalem and Yahweh coming back to rule the Earth. Later, we get into an interesting conversation about the Scottish Rite, Norwegian Freemasons and the Jewish priesthood.

Was our solar system designed to produce humans?

Civilization One : The Megalithic Portal and Megalith Map

Civilization One: The World is Not as You Thought It Was

Who Built the Moon?

Solomon's Power Brokers: The Secrets of Freemasonry, the Church and the Iilluminati

Uriel's Machine: Uncovering the Secrets of Stonehenge, Noah's Flood and the Dawn of Civilization

The Hiram Key: Pharaohs, Freemasonry, and the Discovery of the Secret Scrolls of Jesus

The Secrets of Hiram Abif: A "Key" to Understanding Masonic Symbolism

Second Messiah: Templars, the Turin Shroud and the Great Secret of Freemasonry

The Book of Hiram: Freemasonry, Venus, and the Secret Key to the Life of Jesus

City of the Goddess: Freemasons, the Sacred Feminine, and the Secret Beneath the Seat of Power in Washington, DC

Sacred Number and the Origins of Civilization: The Unfolding of History through the Mystery of Number

The Lost Science of Measuring the Earth: Discovering the Sacred Geometry of the Ancients

Precessional Time and the Evolution of Consciousness: How Stories Create the World

Matrix of Creation: Sacred Geometry in the Realm of the Planets

A Beginner's Guide to Constructing the Universe: Mathematical Archetypes of Nature, Art, and Science

How the World Is Made: The Story of Creation according to Sacred Geometry

The Dimensions of Paradise: Sacred Geometry, Ancient Science, and the Heavenly Order on Earth

Secrets of the Stones: New Revelations of Astro-Archaeology and the Mystical Sciences of Antiquity

The Sacred Center: The Ancient Art of Locating Sanctuaries

Man and His Symbols

The Magic of Obelisks

Secrets of the Great Pyramid

Civilization One, The Moon & The Megalithic Yard 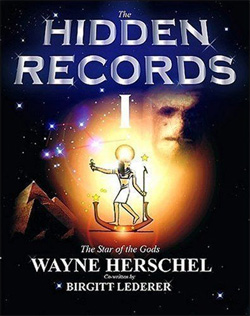