Phil Stanford is a true crime writer with a special interest in political corruption. His work has appeared in the New York Times Magazine, the Washington Post, Rolling Stone, and Columbia Journalism Review. He has worked as a magazine editor and a licensed private investigator, and was a columnist for the Oregonian and the Portland Tribune. As a journalist, Stanford is best known for his continuing work on the 1989 murder/cover-up of Oregon Corrections director Michael Francke. His 1994 Oregonian series on the "Happy Face Killer" case resulted in two innocent people being released from prison. Phil joins us to discuss his latest book, White House Call Girl, the real story behind the infamous 1972 Watergate break-in. Heidi Rikan was an ex-stripper, working for the mob in Washington D.C. White House Call Girl tells how a call girl operation she was running at the time led to the Watergate break-in, which brought down Tricky Dick Nixon himself. Many of the book's most important revelations are, in fact, based on Stanford's recent discovery of Heidi's little black book – showing the full spectrum of connections from the criminal dark underworld to football players all the way up to the sleazy criminal politicians in Washington D.C. 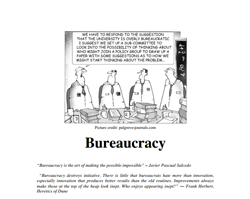