Aug 19, 2012
William Dean A. Garner was formally trained as a research biophysicist, with a background in physics and electrical engineering. Following his tour in Army special operations, he worked for international private military companies. He’s the bestselling author of 17 ghostwritten books and has also has edited many books, including Angels & Demons and The Da Vinci Code by Dan Brown. In addition to ghostwriting and editing, Dean has mentored six NY Times bestselling authors and is currently a book publisher. He joins us to discuss his latest book, Who Really Owns Your Gold: The Intended Global Meltdown of 2012 - 2014. Garner argues that the Jesuits hold more power and influence over world affairs than any other group. The Vatican has called for a reform of the global monetary system and a global public authority, a world central bank, to rule over the world’s financial affairs. We’ll talk about the philosophy of the Jesuits and how they incorporate celestial physics into their model to rule the world. Dean urges that “We the People” have one last golden opportunity to defeat the first sphere of influence, a global dark and sinister cabal that rule together with the House of Rothschild and their extensive network of sycophants and minions.

Who Really Owns Your Gold 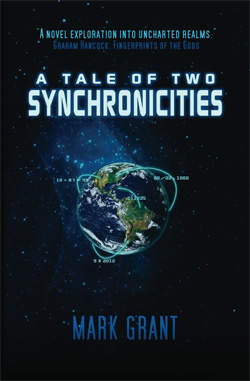