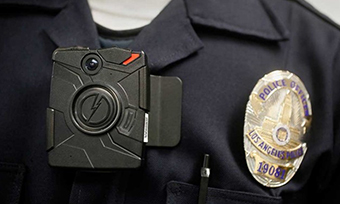 Police abuse is a major problem not because of a few bad apples but because of the training, equipment, and tactics.

The establishment wants the public arguing about who the victims are of police brutality instead of focusing on the actions police routinely get away with. And they get away with it because it's protocol, or standard operating procedure.

Police are somehow anointed with special privileges that regular citizens do not have. They are allowed to break into people's homes, spy on them, harass them in the street, confiscate suspicious cash, and murder citizens if they do not comply with their demands.

These actions are obviously wrong and illegal if anyone except "authorities" carries them out. If 2014 proved anything, it's that police can get away with murder while average citizens can't exchange cigarettes without a license.

This has caused protests and riots throughout the country and the solution being offered is not to change the laws to remove these absurd privileges from cops, but to put a camera on every single officer.

On the surface, cameras seem like they'll add a layer of accountability to the system. However, civil liberties groups who advocate this approach seem to be shortsighted.

Here are 5 reasons to oppose body cameras for cops:

1. Video didn't matter in publicized cases: In the case of Eric Garner, the NY man who was choked to death for selling loose cigarettes, clear video footage did not matter. In the court's eyes disobeying officers is grounds for using lethal force. Case closed, at least until laws are changed.

2. Privacy, facial recognition: Technology already exists for cameras to be equipped with facial recognition software that could immediately identify anyone the cop comes in contact with. And with new threat level analysis of social media and other "watch list" mechanisms, cops will be motivated to stop someone without actual probable cause. This is extremely dangerous for liberty. This alone should halt your support for mandatory police cameras.

3. Boondoggle - Just like Michael Chertoff cashed in on naked body scanners following the sketchy underwear bomber, several cronies will make big bucks outfitting all police with these cameras and for providing supposed oversight.

4. Ends being let off with a warning: Remember the good cops who let you off on warnings for minor infractions? Say goodbye to that. Police cameras will be used to hold police accountable to their bosses more than to the public.

5. Cops can turn them off: Cops can easily turn the cameras off, and precincts can delete or edit footage in their favor. Cameras are as good as useless if people don't trust the system to preserve and use the footage wisely.

Cameras may prevent some good cops from acting like complete thugs; however, when thuggish behavior is not just tolerated but legal in the eyes of the system, does it really matter if we have that behavior on video or not?