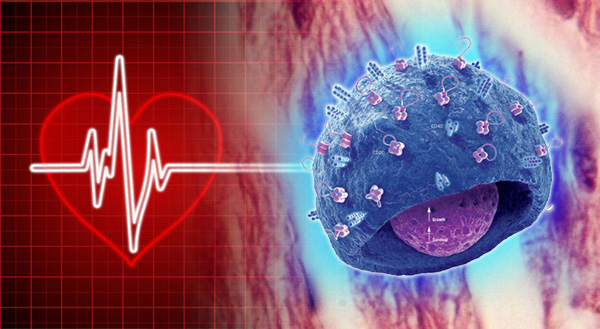 Legend has it that about 2,500 years ago, during China’s Warring State Period, two men went to see a great doctor by the name of Bian Que. Bian cured their sickness very quickly but discovered that they had another problem that had been growing more serious over time. Bian said that they would both get well if they exchanged their hearts, and they agreed to let Bian perform the surgery.

Bian had the two men drink some anesthetics and they lost consciousness for three days, during which Bian opened their chests, exchanged their hearts, and applied medicine. When they regained consciousness, they had already recovered and were as well as before.

But something was wrong: When they returned home, they were both baffled because their wives couldn’t recognize them. It turned out that they had both gone to the other person's home and thought that the other person’s wife was their wife.

It seems inconceivable that such a surgery could have been performed 2,500 years ago, but this story is unbelievably similar to the situation observed in some modern heart transplant cases.

The U.K.’s Daily Mail reported that, after a heart transplant, Sonny Graham of Georgia fell in love with his donor’s wife and married her. Twelve years after their marriage, he committed suicide the same way his donor did.

In another Daily Mail report, a man named William Sheridan received a heart from an artist who died in a car accident, and suddenly he was able to produce beautiful drawings of wildlife and landscapes.

Claire Sylvia, the recipient of a heart and a lung in 1988, wrote in her book A Change of Heart: A Memoir that after the transplant she started to like beer, fried chicken, and green pepper—all of which she didn’t like before but her donor, an 18-year-old boy, liked.

She had a dream in which she kissed a boy she thought to be named Tim L., and inhaled him into her during the kissing. She later found that Tim L. was the name of her donor. She wondered if it was because one of the doctors mentioned the name during her surgery, but was told that the doctors did not know the name of the donor.

In a paper published in the Journal of Near-Death Studies, Dr. Paul Pearsall of the University of Hawaii and Dr. Gary Schwartz and Dr. Linda Russek of the University of Arizona discussed 10 cases of heart or heart-lung transplants in which the recipients were reported to have “changes in food, music, art, sexual, recreational, and career preferences, as well as specific instances of perceptions of names and sensory experiences related to the donors.”

This case suggests that changes in organ recipients’ preferences occur without the recipients anticipating them. Thus these cases are unlike the placebo effect, in which patients’ health conditions change in the direction of their expectations.

In addition, the researchers pointed out that like the above recipients, there might be other recipients who dismiss the idea that they adopted their donors’ preferences because of their expectations of the donors, so the number of organ transplant recipients who experienced a personality change similar to that of their donors might be underrepresented.

Pearsall, Schwartz, and Russek concluded that it is unlikely these cases happened out of coincidence, and hypothesized that it is because of cellular memory, meaning that memories and preferences can be stored in cells.

However, it is currently unknown whether this form of memory exists.