Dec 12, 2014 Source: ibtimes.com
An ancient Viking feasting hall the size of a football field was recently unearthed near Stockholm, Sweden, a testament to the country’s Anglo-Saxon heritage. The longhouse, an early iteration of the magnificent banquet halls of medieval Europe, dates back to between the 5th and 12th centuries A.D., according to a study published Monday in the journal Archaeological Prospection. 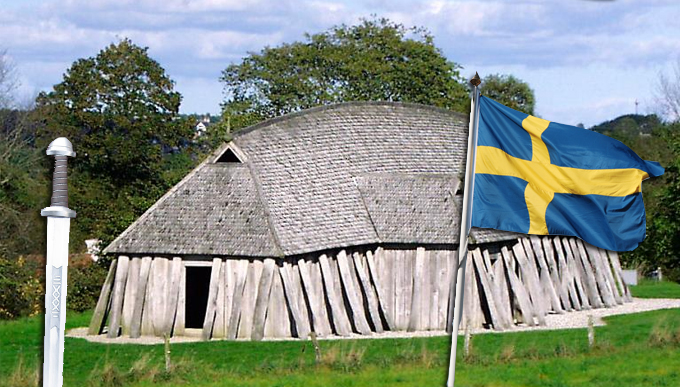 Using ground-penetrating radar, researchers from Stockholm University and Umeå University were able to determine the size and layout of the particularly large banquet hall. The building measured 50 meters (150 feet) long and 14 meters wide and had double walls, four entrances and a fireplace, according to researchers.

Viking banquet halls, also called mead halls, were important political centers among ancient Scandinavian elites and were constructed mainly from wood. “It appears that we have found another such real-world correlate of the ‘Beowulf’ poem’s royal mead-hall Heorot, but in this case located in a smaller and less powerful polity,” archaeologists said of the feasting hall found near Stockholm, a reference to the Heorot hall where raucous parties took place in the popular “Beowulf” poem.

Archaeologists were able to determine the floor plan of the feasting hall without disturbing the earth above it, demonstrating that “non-invasive geophysical measurements can be powerful tools for studying similar building foundations elsewhere,” Andreas Viberg of the Archaeological Research Laboratory at Stockholm University said in a statement. “They even allow scholars to estimate the date of a building without any expensive excavations.”

The so-called Viking Age began in the late 8th century A.D. and continued for about 400 years. During that time, Vikings, a term referring to German Norse seafarers who left their homes in Scandinavia to seek fortune elsewhere, conquered and traded their way across northern Europe. “Over the next three centuries, they would leave their mark as pirates, raiders, traders and settlers on much of Britain and the European continent, as well as parts of modern-day Russia, Iceland, Greenland and Newfoundland,” History reported.