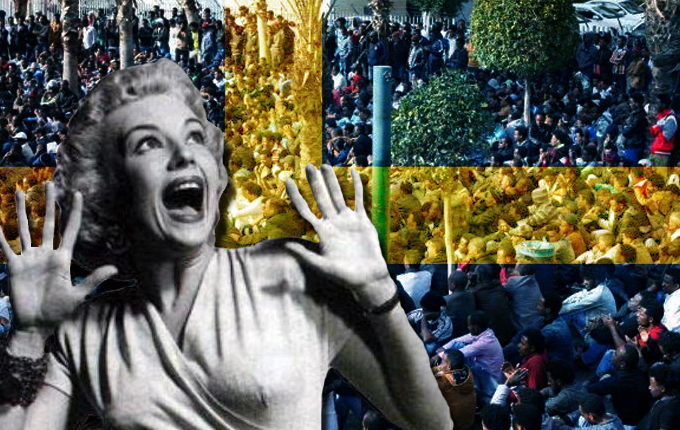 United Nations Human Rights Inspectors who made an official 5-day visit to Sweden said the country has “a heightened xenophobic and racist attitude against migrants and refugee communities with African descent”
“Afro-Swedes and Africans with whom we met expressed their experiences of multiple forms of discrimination based on their skin color, race, religion and sex,”

The inspectors said Sweden needs “to develop a Human Rights Strategy and other measures that would address racial discrimination against Afro-Swedes and Africans.”

They said Sweden has a “lack of equal access to justice, racial profiling and the failure to effectively investigate, prosecute and deter Afrophobic hate crimes.”

“We are concerned that [the possible failure of the Swedish government to fight against injustice] creates feelings of mistrust in law enforcement bodies among communities, and discourages them from accessing help when they themselves are victims of crime or rights abuses,”

Sweden takes in 1 of 5 “refugees” that enter Europe, but the Sweden Democrats, the party opposing mainstream anti-White parties, won just 12.9% of the vote in the last election, making it the 3rd largest party. 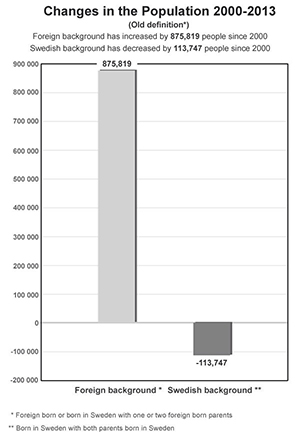 White Genocide in Swedenmost successful in Europe as numerous places become minority Swedish, and many Swedes (66%) remain oblivious to what their future may hold.

In places like the US, Canada, Australia, or Britain, “diversity” is the preferred argument anti-Whites, and that’s why it’s a code for White genocide.

However, in Sweden they describe immigrants as “refugees” and bring them in in the name of “human rights”.

Refugee resettlement is just another one of those phrases which is a code for White Genocide.

Comment: The victim class is of particular elevated status in Sweden and if you don’t get what you want you can always scream "discrimination."

It’s telling that the critique is now directed towards the Swedes and Sweden. The people that are native to their own country is now the problem. As you can see in the following clip, anti-Swedish sentiments are on the rise among our own people. This is Mona Sahlin, part of the socialist democratic party:

Sweden: Leading Social Democrat "The White Majority is the Problem"

Sweden is of the most generous countries in the world when it comes to letting in "refugees" and letting them stay in our country. Now that’s not enough, now Swedes have to change who they are and their culture in order to accomodate visitors to our land. If they are not happy, they are welcome to leave. Multiculturalism is a failure and you will only see more and more play on victimhood in the mext decade in order to gain political leverege and to get what you want.

The treatment of Dan Park shows just how racist Sweden is, where we’ve jailed one of our own artists in order to accomodate the violated fealings of someone from the Afro-Swedish group. The feelings of discrimination will never end if you don’t feel at home. See this video for more:

A Conversation About Race


Somalis protest against swedish welfare - a small house is not enough