Anxiety acts like a 'sixth sense' which could save your life 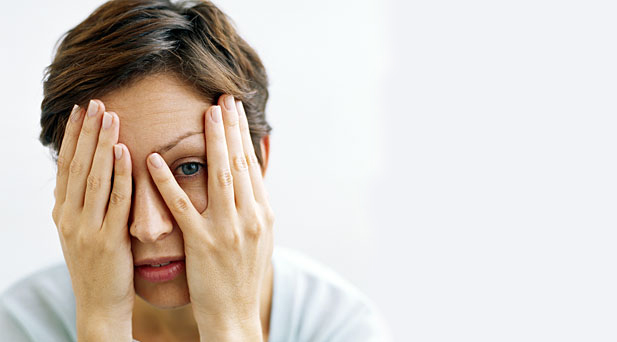 Anxiety acts like a 'sixth sense' which could save your life, scientists have shown after discovering that nervous people are more attuned to danger.

For decades research has suggested that being in a chronic state of alertness is bad for health because it causes cortisol - the stress hormone - to surge through the body, damaging cells.

It was also thought thought that anxiety could lead to an oversensitivity to threat signals, which caused a permanent state of nervous excitement and may even impair the body’s ability to react quickly – such as when a person is ‘frozen’ with fear.

But a new study suggests that there is a benefit to such a ‘hyper-vigilant’ state. Anxiety seems to allow warning signals to quickly reach the regions of the brain which are responsible for action, triggering a surge of adrenalin and the ‘fight or flight’ response.

In contrast, laid-back people are not so quick off the mark when they sense a threat. Instead when they are confronted by danger initial brain signals travel to a region of the brain associated with sensory perception and the recognition of faces.

The researchers discovered the difference by monitoring the brain activity of 24 volunteers while they looked at pictures of people displaying various levels of threatening or placid behaviour.

The human brain is able to detect social threats in these regions in a fast, automatic fashion, within just 200 milliseconds.

“Such quick reactions could have served an adaptive purpose for survival,” said lead author Dr Marwa El Zein from the French Institute of Health and Medical Research.

“For example, we evolved alongside predators that can attack, bite or sting. A rapid reaction to someone experiencing fear can help us avoid danger.”

Nearly one fifth of all adult suffer from anxiety or depression in Britain and more than 53 million prescriptions for anti-depressants were handed out by the NHS last year, a figure that is growing.

Dr El Zein and her co-authors found that anxiety shifts the neural 'coding' of threat to motor circuits, which produce action, from sensory circuits, which help us to recognise faces.

“The enhanced sensitivity to threat-signalling emotions measured in the motor cortex is only found in high-anxious observers,” she added.

The researchers also wanted to find out what people find most threatening in a socially charged situation. They found that the direction a person is looking in is key to enhancing sensitivity to their emotions.

Anger paired with a direct gaze produces a response in the brain in only 200 milliseconds, faster than if the angry person is looking elsewhere.

>"In a crowd, you will be most sensitive to an angry face looking towards you, and will be less alert to an angry person looking somewhere else,” added Dr El Zein.

“Facial expressions can communicate important social signals and understanding these signals can be essential for surviving threatening situations.

The research was published in the online journal eLife.

Earlier this month, scientists discovered that being unhappy or stressed does not increase the risk of ill-health and happy souls are no more likely to live longer.

The research on one million women, published in the Lancet, said the widespread belief that stress causes ill-health came from studies that had confused cause and effect.

Researchers in New South Wales said the study was important because people often blamed themselves for illness, thinking that a positive attitude could have saved them.