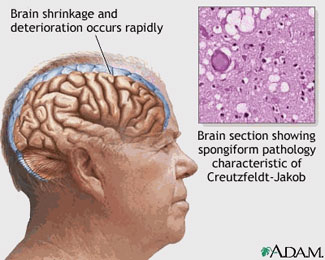 Hello Jeff - Food, especially meat, is a big culprit in the Alzheimer's Disease epidemic. In addition, the severe pollution of our environment and our water supply with heavy metals is another factor. Pesticide and fertilizer run-off from corporate farms into our streams, ponds and reservoirs is also involved.

Health authorities simply say that the cause of increased Alzheimer's Disease cases is due to an aging population living longer. Ridiculous...Alzheimer's wasn't a factor 50 years ago. The above factors are crucial. In my opinion, future populations will not have the longevity of our parents' generation.

Another question is, of course, how many of these Alzheimer Disease cases are actually CJD/Mad Cow? According to the national Alzheimer's

Association, 10% of Alzheimer's cases are actually CJD. It wouldn't surprise me if that figure turns out to be quite conservative.

More Than 5 Million Have Alzheimer's In The U.S.
From: reuters.com 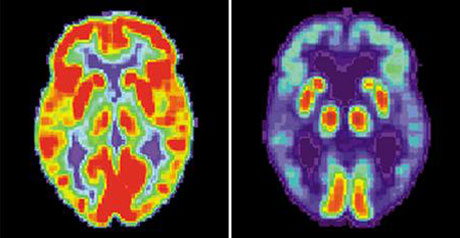 The association's figure of 5 million is up about 10 percent from its previous estimate in 2000, and it said there are about 400,000 new cases a year.

The group predicts that the number of Alzheimer's cases will rise to 7.7 million people by 2030 as the U.S. baby boom population ages, unless a cure or a way to prevent the disease is found.

Alzheimer's is the seventh leading cause of death in the United States, and it is the leading cause of dementia. It is marked by a steady loss of memory that soon takes away a person's ability to cope and care from himself or herself, and there is no cure.

Drugs can help slow its progression but they eventually stop working. Patients die of pneumonia or other causes as their bodily functions deteriorate.

"In 2005, Medicare spent $91 billion on beneficiaries with Alzheimer's and other dementias and that number is projected to more than double to $189 billion by 2015," the association said in its report.

"However, there is hope. There are currently nine drugs in Phase III clinical trials for Alzheimer's, several of which show great promise to slow or stop the progression of the disease," Harry Johns, president and chief executive officer of the Alzheimer's Association, said in a statement.

"This, combined with advancements in diagnostic tools, has the potential to change the landscape of Alzheimer's."