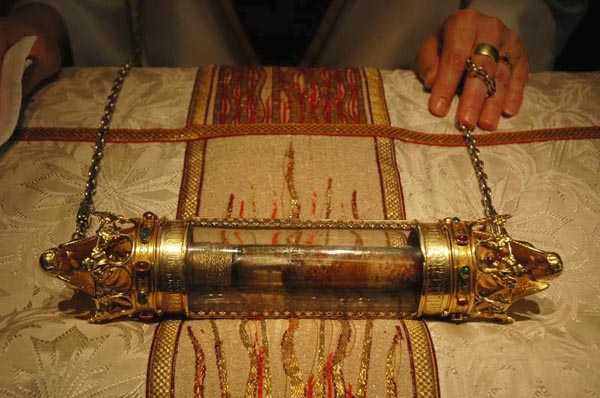 The Basilica of the Holy Blood (Basiliek van het Heilig Bloed) is a 12th century chapel, in the medieval town of Bruges, Belgium, which houses a revered phial containing cloth stained with the actual blood of Christ. Or so it is believed.

While the chapel itself is a beautiful site, it is the blood and its accompanying story that attracts visitors, from the devoutly religious to the deeply skeptical to those just curious to know what the fuss is all about. 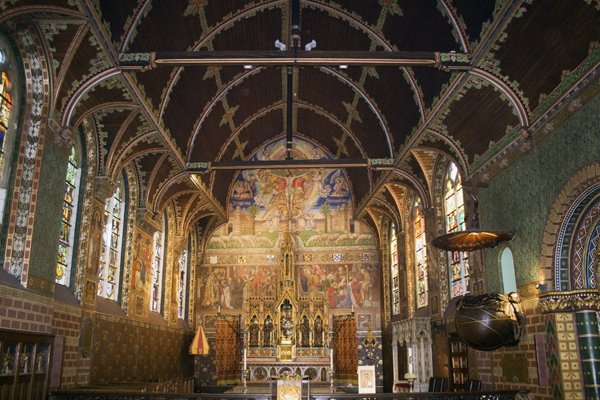 It is popular legend that following the Crucifixion, Joseph of Arimathea wiped blood from the body of Christ and the cloth was preserved. The artifact was kept safe in the Holy Land until the time of the Second Crusade when King of Jerusalem Baldwin III gave it to his brother-in-law, Count of Flanders Diederik van de Elzas. The Count then took the relic back to Bruges where it sits in the upper chapel of the Basilica, still unopened to this day. The phial itself is a marvel, adorned with gold and enclosed at each end by coronets decorated with angels. The chapel is open daily to visitors who wish to view the relic.

Read the full article at: atlasobscura.com 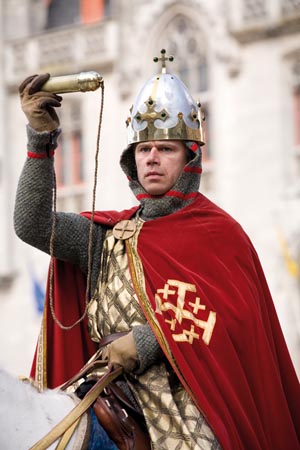 The "Holy Bloedprocessie" from the city of Bruges
"The Procession of the Holy Blood, that dates back to at least 1304, takes place in Bruges every year on Ascension Day. Although there have been many changes over the centuries, the heart of the event is the reenactment of the passion and resurrection of Jesus Christ."