Aug 21, 2011 Source: presstv.ir
The BBC Persian TV channel has at last acknowledged the role of the BBC Persian radio in the toppling of the democratically elected government of Iran in the 1953 coup. 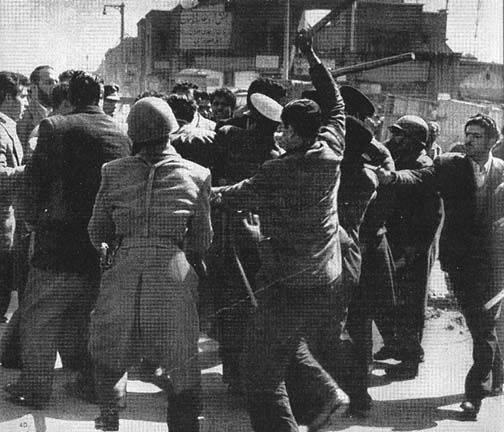 The coup overthrew the government of the then Iranian Prime Minister Mohammad Mosaddegh leading to the restoration of absolute monarchy under dictator Mohammad-Reza Pahlavi who was later toppled in the Islamic Revolution in 1979.

In a documentary aired on August 18 on the anniversary of the coup, BBC Persian channel admitted for the first time to the role of the BBC Persian radio as the propaganda arm of the British government in Iran.

Britain had lost its power as a world empire after the World War II and Mosaddegh’s efforts to nationalize Iran’s oil industry, which bear fruit on March 19, 1951, meant Britain lost one of the most important resources it formerly fully controlled under the guise of the British-owned Anglo-Iranian Oil Company due to subservience of the Pahlavi regime.

This comes as on the anniversary of the nationalization of Iran’s oil industry on March 19, 2010, the BBC Persian channel aired another documentary that categorically dismissed the broadcaster’s Persian radio in the 1953 coup claiming the radio channel even went against the policies of the British government.

The Cinematograph also quoted a classified document going back to July 21, 1951 in which a Foreign Office official thanked the British ambassador for his proposals that were followed to the word by the BBC Persian radio to strengthen its propaganda against Mosaddegh.

“The BBC had already made most of the points which you listed, but they were very glad to have an indication from you of what was likely to be most effective and will arrange their programme accordingly,” the document shown in part on the program read.

“We should also avoid direct attacks on the ’ruling classes’ since it seems probable that we may want to deal with a government drawn from those classes should Mosaddegh fall,” it added.

The document further stressed that the Foreign Office “shall be grateful for [the ambassador’s] comments on the propaganda line we have proposed”.

"The coup of 1953 changed the course of Iranian history. The Americans - with British help - overthrew a nationalist president and installed the Shah in power.
Alan Johnston gets an inside account from a CIA officer and the grandson of Mohammed Mossadeq, the deposed president."

"As tens of thousands of gallons of oil continue to spew into the Gulf of Mexico from the BP oil spill we continue our series on BP. Sixty years ago, BP was called the Anglo-Iranian Oil Company. We look at the story of the companys role in the 1953 CIA coup against Irans popular progressive Prime Minister Mohamed Mossadegh." 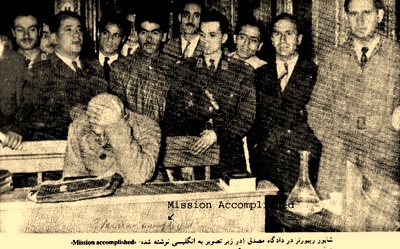