Better Identification of Viking Corpses Reveals: Half of the Warriors Were Female 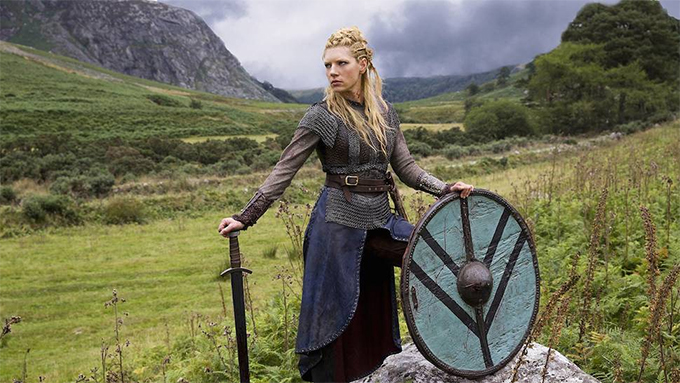 Shieldmaidens are not a myth! A recent archaeological discovery has shattered the stereotype of exclusively male Viking warriors sailing out to war while their long-suffering wives wait at home with baby Vikings. (We knew it! We always knew it.) Plus, some other findings are challenging that whole “rape and pillage” thing, too.

Researchers at the University of Western Australia decided to revamp the way they studied Viking remains. Previously, researchers had misidentified skeletons as male simply because they were buried with their swords and shields. (Female remains were identified by their oval brooches, and not much else.) By studying osteological signs of gender within the bones themselves, researchers discovered that approximately half of the remains were actually female warriors, given a proper burial with their weapons.

It’s been so difficult for people to envision women’s historical contributions as solely getting married and dying in childbirth, but you can’t argue with numbers—and fifty/fifty is pretty damn good. The presence of female warriors also has researchers now wondering just how accurate the stereotypes of raping and pillaging actually are:

Women may have accompanied male Vikings in those early invasions of England, in much greater numbers than scholars earlier supposed, (Researcher) McLeod concludes. Rather than the ravaging rovers of legend, the Vikings arrived as marriage-minded colonists.

In many ways, this discovery is well-timed with the recent uproar over Thor becoming a title for both sexes instead of an exclusively male name. Fingers crossed this means that pop culture could start including more female warriors than just Sif and Lagertha (from The History Channel’s Vikings, above). Just so long as they’re not wearing boob plate armor.

Because, as we're always re-learning, women have always fought.