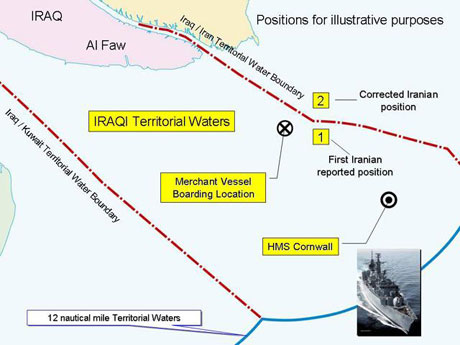 If diplomacy doesn't work, Prime Minister Tony Blair is ready to take a standoff with Iran to what he calls a "different phase."

Britain and Iran are locked in a standoff over Iran's capture of 15 British soldiers and marines it claims were in Iranian waters.

But Blair said during a TV interview his government could go public with evidence the British navy crew was in Iraqi waters when it was captured over the weekend.

The ship turned out not be smuggling goods. A spokesman for the U.S. Fifth Fleet said the captain of the boarded ship provided a statement that his vessel was in Iraqi waters at the time it was stopped by the British.