Catholics will no longer address God as ‘Yahweh’ 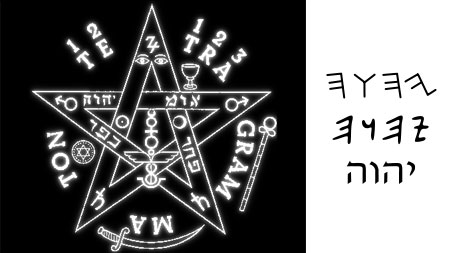 In the not-too-distant future, songs such as "You Are Near," "I Will Bless Yahweh" and "Rise, O Yahweh" will no longer be part of the Catholic worship experience in the United States.

At the very least, the songs will be edited to remove the word "Yahweh" – a name of God that the Vatican has ruled must not "be used or pronounced" in songs and prayers during Catholic Masses.

Father Ronald E. Brassard, the pastor of Immaculate Conception parish in Cranston, said the new directive is "a good thing. This directive is the Church showing great sensitivity to... our Jewish brothers and sisters."

The Tetragrammaton is YHWH, the four consonants of the ancient Hebrew name for God.

"Essentially the tradition in Scripture and especially with Jewish people is that the name of God is so sacred that it's never said, you never say Yahweh, it's offensive to the Jewish people," Father Brassard explained. He added that the change apparently is to go into effect immediately.

Bishop Arthur J. Serratelli of Paterson, N.J., chairman of the U.S. Bishop’s Committee on Divine Worship, announced the new Vatican "directives on the use of 'the name of God' in the sacred liturgy" in an Aug. 8 letter to his fellow bishops.

He said the directives would not "force any changes to official liturgical texts" or to the bishops' current missal translation project but would likely have "some impact on the use of particular pieces of liturgical music in our country as well as in the composition of variable texts such as the general intercessions for the celebration of the Mass and the other sacraments."

For most Catholics the change will only be apparent in a few pieces of music and perhaps in specific translations of the Bible, Father Brassard said.

Bishop Serratelli's letter to bishops came with a two-page letter from the Vatican Congregation for Divine Worship and the Sacraments, dated June 29 and addressed to episcopal conferences around the world.

"By directive of the Holy Father, in accord with the Congregation for the Doctrine of the Faith, this congregation ... deems it convenient to communicate to the bishops' conferences ... as regards the translation and the pronunciation, in a liturgical setting, of the divine name signified in the sacred Tetragrammaton," said the letter signed by Cardinal Francis Arinze and Archbishop Malcolm Ranjith, congregation prefect and secretary, respectively.

John Limb, publisher of OCP, a nonprofit liturgical music publisher in Portland, Ore., said the most popular hymn in the OCP repertoire that would be affected was Dan Schutte's "You Are Near," which begins, "Yahweh, I know you are near."

He estimated that only "a handful" of other OCP hymns use the word "Yahweh," although a search of the OCP Web site turned up about a dozen examples of songs that included the word.

Limb said the company would be contacting composers to "ask them to try to come up with alternate language" for their hymns. But he said hymnals for 2009 had already been printed, so the affected hymns would not include the new wording for at least another year.

Even when the new hymnals are out, "it may take time for people to get used to singing something different," he added in an Aug. 11 telephone interview with Catholic News Service.

At Chicago-based GIA Publications, another major Catholic publisher of hymnals, no major revisions will be necessary, because of the company's longtime editorial policy against use of the word "Yahweh."

Kelly Dobbs-Mickus, senior editor at GIA Publications, told CNS Aug. 11 that the policy, which dates to 1986, was based not on Vatican directives but on sensitivity to concerns among observant Jews about pronouncing the name of God. As an example, she cited Heinrich Schutz's "Thanks Be to Yahweh," which appears in a GIA hymnal under the title "Thanks Be to God."