Aug 15, 2012 Source: alternet.org
Excerpt from Wall’s new book "Healing to Hell": A Cold War scheme to find a mind-control drug for use on hostile leaders destroyed many lives.

[AlterNet Editor’s Note: The following is an excerpt from From Healing to Hell , a memoir in which oral surgeon and inventor W. Henry Wall, Jr. explores how a mind-control experiment destroyed his father, former Georgia senator and mental health advocate, Dr. W. Henry Wall, Sr. "Daddy" became addicted to the narcotic Demerol after a routine dental procedure. His dependency eventually landed him in prison, where he became a victim of the CIA’s MK-Ultra experiment]

“We do not target American citizens . . . The nation must to a degree take it on faith that we who lead the Cia are honorable men, devoted to the nation’s service.”
— Richard Helms, former CIA director 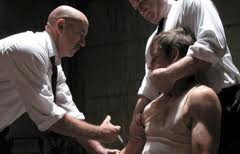 In March 1979 the revelation came. After Times Books published journalist John Marks’s nonfiction opus The Search for the Manchurian Candidate, a horrifying exposé of a Central Intelligence Agency program known as MK-Ultra that focused on attempts to find an effective mind-control or “truth” drug, the Atlanta Journal-Constitution featured a series of six articles detailing the book’s content. By the time I read the second page of the second installment I knew exactly what had happened to my dad. Stunned, I read it again slowly to be quite sure.

As Marks reported, the linchpin of the MK-Ultra program was the compound d-lysergic acid diethylamide, or LSD. I had heard plenty about this hallucinogen through the 1960s headline-grabbing antics of Timothy Leary, Ken Kesey, Allen Ginsberg, and other derangement devotees. Sought by some as a mind-expander, at times the LSD experience or “acid trip” plunged other users into terrifying sensations and led to ghastly flashbacks that might persist for years.

More to the point as far as Daddy was concerned, its bad effects were said to be even greater for a person given the drug in “circumstances not conducive to pleasant feelings”—as when you were given it by someone you despised, when colleagues had turned against you, when you were in prison, when you were struggling to overcome a narcotic habit on your own while everything you’d built up for years was being auctioned off on the courthouse square. And I already knew from my pharmacological studies how far-reaching could be the aftereffects of a bad LSD trip, unique to this particular drug.

At long last I had the logical explanation of the sudden onset of Daddy’s terror of being driven insane, of the mental derangement that persisted as paranoia and “episodes” for years after his release. All of the elements matched up.

And among the various names of scientists mentioned in the article one leapt off the page: “Dr. Harris Isbell, director of the addiction research Center at the huge federal drug hospital in Lexington, Kentucky.” A hospital they might call it, but it was a prison for narcotics offenders, with the nationally acclaimed Isbell heading the center’s program. The very man whom Daddy so despised for his cavalier attitude toward drug-dependent patients in his charge, the enthusiastic dispenser of potions who enticed prisoner-addicts to volunteer for his experiments.

Among Isbell’s reports of his chemical experiments, he boasted, according to Marks, of having kept seven men on LSD for 77 straight days. And in cases where the response was not all that he hoped for, he doubled, tripled, even quadrupled the dose, noting that some of the subjects seemed to fear the doctors. My god, who wouldn’t have feared them? Such torment hardly bears imagining.

To put it plainly, what Harris Isbell did to my father was to assault him with a poison that permanently damaged his brain. In this day of effective alcohol and drug rehabilitation programs, it’s unthinkable that America citizens’ taxes paid this man to destroy his hostages’ minds and lives.

Can you imagine yourself a respectable, middle-aged, recently prominent, heretofore sane, professional man, being told god knows what as the walls undulate around you, the drab hospital room glows with psychedelic light, the air hums with unearthly vibrations, and the faces of those around you constantly shift from human to animal to gargoyles and back to human again? It’s scarcely imaginable, but that was what happened to Daddy.

As he shuddered through these weird visual and auditory sensations, Daddy would often have felt nauseated, perspired profusely, and had “goose-bump” skin and a racing heart. His blood sugar would shoot up—bad news for a diabetic—and at times he would feel himself grow huge, then imagine he had shrunk to the size of his own thumb. No wonder he phoned Mother in a panic to report they were giving him something to make him lose his mind.

As the long days and nights dragged on, his fears and depression surely mounted. He told us little about it, but relatively normal periods probably alternated with acute panic reactions and repeated psychotic episodes—what we know today as “flashbacks.” Daddy had never heard of LSD and knew nothing about such experiences, let alone sought them.

Expecting to be paroled after four and a half months at most, he was kept in Lexington for eight, incarcerated a total of nine if you include his month in Georgia jails, with the final five of those months made nightmarish by LSD.

Further imagine, if you will, the insanity of making a man in the throes of such derangements responsible for another, more gravely ill person’s care. Surely the poor old black addict from Chicago with advanced TB deserved better. I don’t doubt for a minute that Daddy looked after him as best he could, but who could remain a balanced, thoroughly vigilant nurse in the grip of such mental torment?

It is a testament to the basically sound fabric of my father’s mind and constitution that he survived without taking his own life or that of any other.

The CIA’s ill-conceived covert Cold War scheme to find a mind-control drug for use on hostile leaders had caught my patriot father in its hateful web, as much a prisoner of war as if he were locked in a Communist prison. For 13 years afterward he would strive manfully to break free, but for all practical purposes his life was ruined. Once I grasped that much, I believed I understood why Daddy had been kept on in Lexington beyond the usual “cure” period referred to in his letters. The additional time was to allow Isbell to observe and record his behavior following the drug assault. Even when he was finally sent home, having received no treatment of any sort for his drug dependence, Isbell made no provision whatever for psychiatric or medical follow-up. I found it heinous beyond belief that this violated man, still prey to paranoid flashbacks, was simply turned loose to his bewildered family and whatever fate might overtake him. 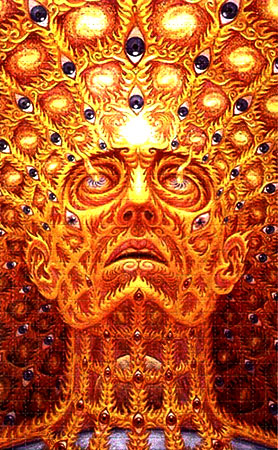 Peter Levenda - Freemasonry, the Elite & Leaders above the Law<