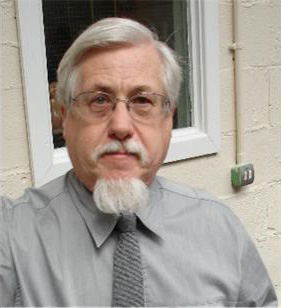 We are very sad to hear that our friend and Red Ice Radio guest Jerry E. Smith passed away Monday 8th, 2010 at the age of 59 due to complications of the pancreatic cancer he had been battling for the past two months.

We knew Jerry best as an author and conspiracy researcher into subjects as HAARP, Weather Warfare, Mind Control, The Spear of Destiny, Nazi Occultism and much more.

Jerry also worked closely with Jim Keith, another conspiracy researcher who passed away in 1999. We talked with Jerry about his friend Jim during one of our radio programs in 2008. Please see below for download links to all our programs that we‘ve done with Jerry in the past.

Some of the first shows that we did with Red Ice Radio back in 2006 was with Jerry E. Smith. We always enjoyed having him on as a guest talking about his research. We also had the pleasure of meeting Jerry at the Beyond Knowledge Conference in Livepool, England back in 2008. We will make this video interview available on this page shortly as well.

Thank you for your dedication and research Jerry. We will miss you!

Jerry E. Smith on Jim Keith, his death and Conspiracy research from April 6, 2008.

For more, please see Jerry’s website: jerryesmith.com and this wonderful article by Loren Coleman over at cryptomundo.com for much more on Jerry E. Smith.