Forget Geoengineering: Professor Calls for “Human Engineering” to Save Earth 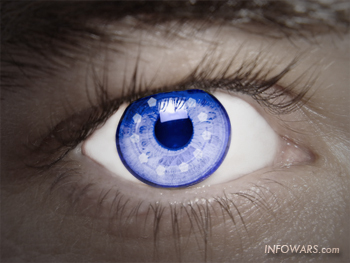 It is nearly impossible to read the headlines these days without asking if the reality we find ourselves living in is the real world or some crazy mad scientist’s fantasy land.

From the world’s first genetically modified designer babies, to accusations of genetically enhanced athletes competing in the Olympics, the world as it we know it has been thrown into a science lab and shaken until blurred.

Now Director of the Masters Program in Bioethics at New York University Matthew Liao has published an article entitled, “Hand-Made Humans May Hold the Key to Saving the World” asserting that, in order to combat manmade climate change, we should consider “building Earth-friendly people” using “human engineering.”

Liao claims a series of scientific interventions — from pharmaceutical-induced meat intolerance to “preimplantation genetic diagnosis” for creating smaller children to cognitive enhancements that would cause women to stop getting pregnant — are not only “feasible” in the “near future,” but would have “broad appeal”. In the paper, he actually puts forth the idea of parents giving hormones to their children in order to stunt their growth, along with adopting policies where people have to decide whether or not they want “one large child, two medium-sized children, or three small children”.

While such “improvements” would supposedly be voluntary, Liao goes on to suggest selling his idea by praying on people living through a global economic depression, offering tax incentives and free healthcare in exchange for willing biomedical modification.

The reason humans need to be scientifically edited, Liao argues, is that geoengineering science “seems too risky” for the planet. Turning people into science experiments, however, is apparently 100 percent reliable.