Freedom Tower and the Re-Birth of Civilization 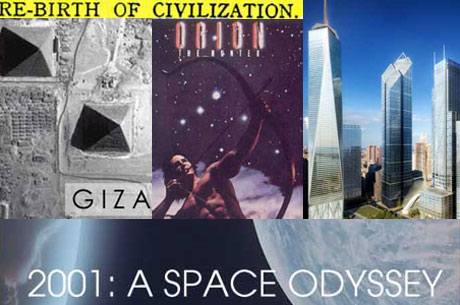 1776, here is another take on the symbolic height:

Here is a collection of articles on the Illuminati for background on the 1776 date and much more
Companies wanting to re-introduce or boost an "old" product sometimes slam a "New" tag on their old products. This is a basic marketing strategy used to tell a sleeping, passive or robotic type mindset how it should re-act, think and feel. This being the most obvious and in-your-face way of “re-cycling” also gives a good example of how time can be viewed more as a spiral, rather then a linear, straight line experience. Below follows two of the more famous examples of recycling:


George Bush address Before a Joint Session of the Congress on the Persian Gulf Crisis and the Federal Budget Deficit
September 11, 1990

The programming and mind control techniques implemented on the masses by the establishment using logic and reasoning like "Peace is War" and "Slavery is Freedom" to me sounds a lot like the so called "New Speak" described by George Orwell in his book 1984.
And are actions like the “New Freedom Commission on Mental Health” established by President George W. Bush in April 2002, a so called wolf in cheeps clothing? Take a look at: President’s New Freedom Commission on Mental Health
Together with “New” legislation: USA Patriot Act
It seems that someone is brewing a very special type of potion.

So is the Freedom Tower really the “New” Freedom Tower (the new world trade center) and is its completion just prior to 2012 the finishing touch in someone’s idea of a "Re-Birth" of civilization? The world for the “New” man, the Corporate man, the cyborg: Kevin Warwick - I, Cyborg. Also see: Cyborg Superman, Transhumanism and the Nephilim

And on a side note, "Ground Zero" sounds like the perfect name if you want to fool people into believing in a fresh start. But at least someone is showing their true intention: projectrebirth.org

And I can see now why “developer” Larry "7" Silverstein wanted to “Pull the Building”: Larry Silverstein, WTC 7, and the 9/11 Demolition, also see: Original WTC Memorial Designs - from projectrebirth.org

Are we looking at a pyramid without cap stone, seen from above or below? 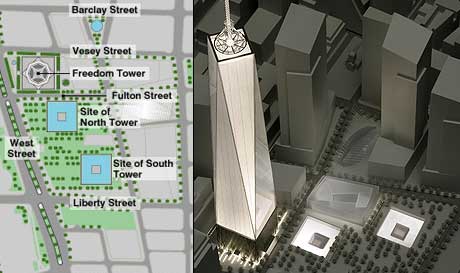 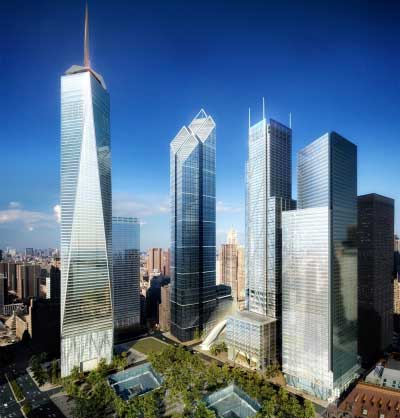 From wikipedia:
Freedom Tower is designed to appear as either a cuboid shape like both of the previous towers, or as a massive obelisk design. The walls at the base are offset 45 degrees from the walls of the highest floor with interlocking triangle façades.

Jake Kotze in his article "Contacting God our Alien Creator: The Occult Motivation for the 9/11 Mega-Ritual" elaborates further on the WTC 9/11 connection to Orion and the "cuboid" (see image below) 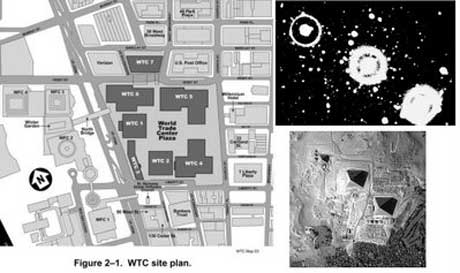 1701, is 300 years before September 17, 2001 the astronomical New Moon of Tisri, on the Eve of the Hebrew Feast of Trumpets of that year, beginning the first Hebrew Sacred Year of the Millenium – The period of Jesus Christ’s rule on earth as “The King of Righteousness.”

Follow the link below and take a good long look at the images. This is fascinating stuff! 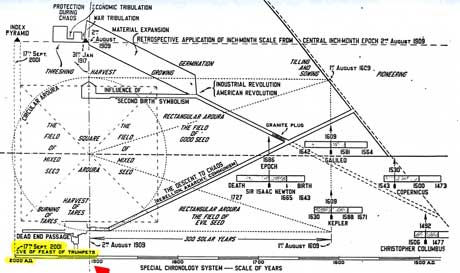 Click above or below images to see full resolution scans and more images from jordanmaxwell.com 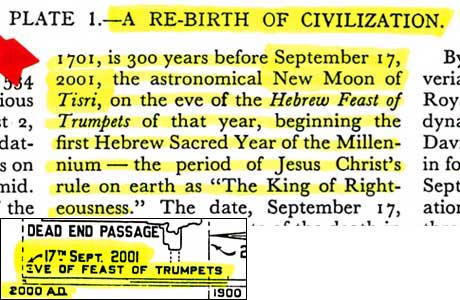 Continuing on the re-birth theme: in Stanley Kubric’s “2001: A Space Odyssey”, there is a scene of the birth of a "new man" or a "starchild".

Also the main character in 2001 is called David or “Dave” Bowman. Bow-Man could be either Orion, often referred to as “the Hunter” and depicted with a Bow in his hands. It could also be referring to Sagittarius who shots an arrow at the Center of the Galaxy. 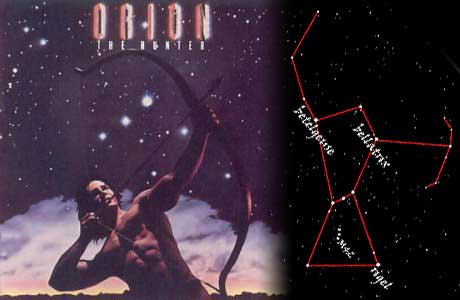 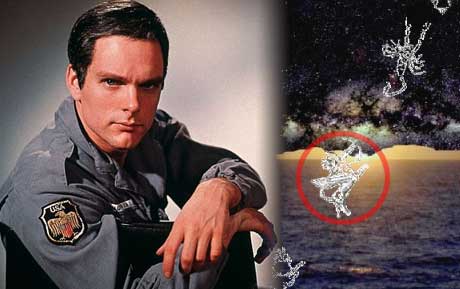 Check more about the Sagittarius connection to the galactic alignment of 2012 on David Flynn’s website: The Watcher Website