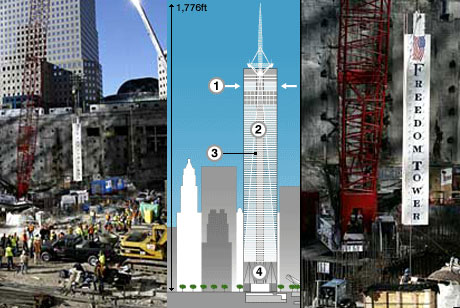 Go to original article at BBC to watch video clip: The work begins

The first two foundation columns have been put in place for the Freedom Tower that will replace the World Trade Center in New York.
There were cheers as the first 31-foot (9m) beam, painted with the American flag, was lowered into place.

At 1,776ft (541m) the tower will be the tallest building in the US, and one of four skyscrapers intended for the site.

This marks a milestone in prolonged efforts to redevelop Ground Zero after the 2001 terror attacks on New York.

At every step, there have been disagreements over the design, financing and even ownership of the proposed redevelopment.
Construction work finally began in April this year, after a deal was reached by site landlord Larry Silverstein, the Port Authority of New York and New Jersey and city officials.

New York Governor George Pataki and Mayor Michael Bloomberg were among a crowd watching as the first column was lowered into place.

More columns will be set around the perimeter of the new building over the next fortnight, among them two signed by relatives of those killed in the 9/11 attacks.

The skyscraper is intended to fill the void in Lower Manhattan's skyline left by the collapse of the Twin Towers.

Initial plans for a replacement for the World Trade Center were greeted with disappointment by the public.

In 2003 the plan submitted by architect Daniel Libeskind was selected, but the boldness of his original proposals was later toned down.

The design had to be redrawn last year after police expressed concern that the building could be vulnerable to truck bomb attacks in that location.

The final design, positioned further away from traffic, is for a concrete and steel pedestal, clad in ornamental metalwork, and topped by a tower of glass.

The building is capped with a mast incorporating an antenna, which is meant to evoke the torch of the Statue of Liberty.

The height in feet is symbolic, referring to the year of the American Declaration of Independence.

In pictures: First columns
In graphics: Plans for tower - Building a skyscraper after 9/11 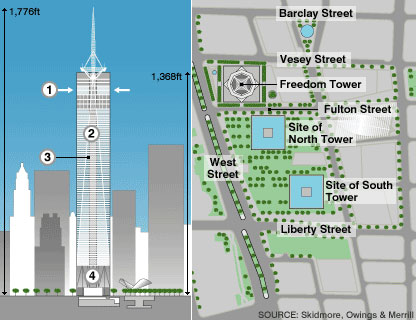 Ed Comment: I've said it before, and I'll say it again: There is another take on that Symbolic Height: 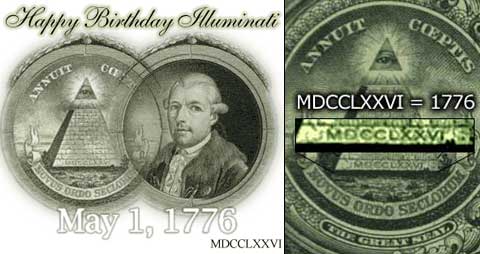