French court rules that "Native White French" do not exist 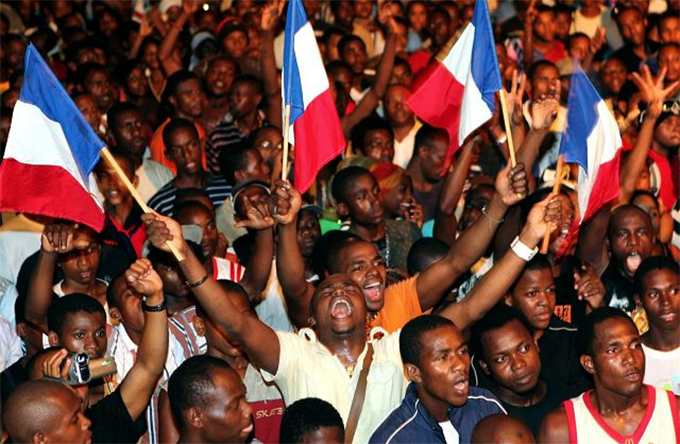 In 2010, a rapper and sociologist joined forces to publish a book and CD both titled “F**k France.”

The General Alliance against Racism and for the Respect of French and Christian Identity (AGRIF) took them to Criminal Court in Paris, and charged them with “public insult” and “incitement to discrimination, hatred or violence.“

After five years, the court finally came to their verdict; it claimed that White people are not considered native to France under French law, so the two defendants could not be found guilty.

The court said that ‘native French’ as a group “does not cover any reality; legally, historically, biologically, or sociologically.”

It ruled that “‘Whites’ or ‘the White race’” is “in no way a legal component of the quality of the French” and apparently that “Native White French do not constitute a group of people“, according to the 1881 Act on Freedom of the Press.

Vivien Hoch, an analyst said that “in this trial, we were pushed to [consider] the concept of anti-white racism“, and “the question was whether the White French represent a group defined by law.“

While American Indians, Australian Aborigines, or New Zealand’s Maori are considered native to their respective places, certain high-ranking officials do not consider White people native to Europe, or in fact, anywhere on the planet.

This is because “Native” groups are entitled to special privileges, under the Declaration on the Rights of Indigenous Peoples.

According to this law, Indigenous groups are encouraged to “maintain and strengthen their own institutions, cultures and traditions“, it gives them a “right to remain distinct“, and “prohibits discrimination” against them.

Basically, it gives them the right to preserve their heritage. This is NOT what anti-Whites want Europeans to do. They want us to be eliminated from our own continent, as well as colonial countries.

They are trying to carry out this White genocide with mass non-White immigration from the third world, and with “diversity” policies, which White areas are singled out and forced to accept.