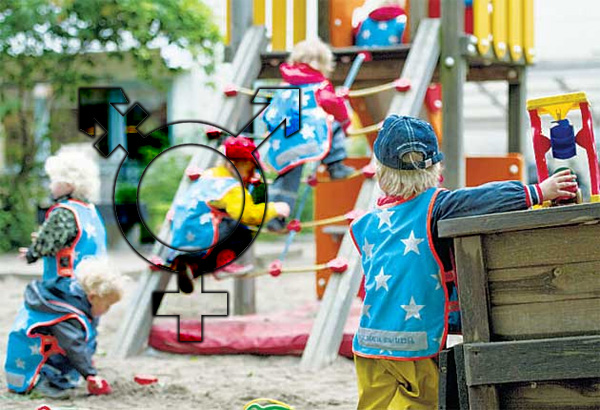 At the Egalia pre-school, staff avoid using words such as "him" or "her" and address the 33 youngsters as "friends" rather than girls and boys. From the colour and placement of toys to the choice of books, every detail is planned to make sure the children are not exposed to sexual stereotypes.

The taxpayer-funded pre-school, which opened last year in the liberal Sodermalm district of Stockholm, is among the most radical examples of Sweden's efforts to engineer equality between the sexes. Breaking down gender roles is a core mission in the national curriculum for pre-schools, underpinned by the theory that even in highly egalitarian-minded Sweden, society gives boys an unfair edge.

Many pre-schools have hired "gender pedagogues" to help staff identify language and behaviour that risk reinforcing stereotypes. Some parents, however, worry that things have gone too far. An obsession with obliterating gender roles, they say, could make the children confused and ill-prepared to face the world outside kindergarten.

"Different gender roles aren't problematic as long as they are equally valued," says Tanja Bergkvist, a 37-year-old blogger and a leading voice against what she calls "gender madness" in Sweden. Those bent on shattering gender roles "say there's a hierarchy where everything that boys do is given higher value, but I wonder who decides that it has higher value," she says. "Why is there higher value in playing with cars?"

At Egalia – it means "equality" – boys and girls play together with a toy kitchen, waving plastic utensils and pretending to cook. One boy hides inside the toy stove, his head popping out through a hole. Lego bricks are placed next to the kitchen, to make sure the children draw no mental barriers between cooking and building.

The school's director, Lotta Rajalin, says Egalia fosters an environment tolerant of gay, lesbian, bisexual and transgender people. From a bookcase she pulls out a story about two male giraffes who are sad to be childless until they come across an abandoned crocodile egg. Nearly all the children's books deal with homosexual couples, single parents or adopted children.

Egalia's methods are controversial; some say they amount to mind control. Ms Rajalin says the staff have received threats from people apparently upset about the pre-school's use of black dolls. But she says that there is a long waiting list for admission and only one couple has taken their child out of the school.

Sweden has promoted women's rights for decades, and more recently was a pioneer in Europe in allowing gay and lesbian couples to legalise their partnerships and adopt children. Gender studies permeate academic life in Sweden. Ms Bergkvist noted on her blog that the state-funded Swedish Science Council had granted £50,000 for a post-doctoral fellowship aimed at analysing "the trumpet as a symbol of gender".

Jay Belsky, a child psychologist at the University of California, said he is unaware of any other school like Egalia and questioned whether it was the right way to go. "The kind of things that boys like to do – run around and turn sticks into swords – will soon be disapproved of," he said. "So gender neutrality at its worst is emasculating maleness."