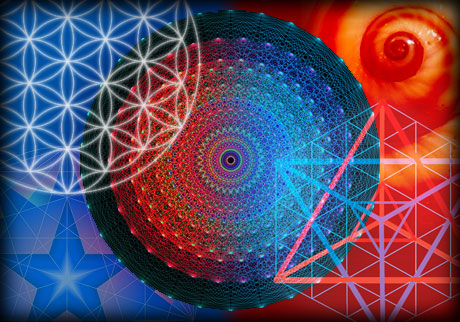 A shape could describe the cosmos and all it contains

One of the mysteries of the universe is why it should speak the language of mathematics. Numbers and the relationships between them are, after all, just abstract reasoning. Yet mathematics has shown itself to be particularly adept at describing both the contents of the universe and the forces that act on them. Now comes a paper which argues that one branch of the subject—geometry—could form the basis of all the laws of physics.

Physicists are an overbearing bunch. They have long sought a “theory of everything”. Such an opus would unite the fundamental forces—gravity, electromagnetism and the two forces that become apparent only at the atomic scale—with the matter on which they act, in a single, overarching framework. It would describe the universe as it existed at the moment of its creation in the Big Bang.

The nearest thing they have to this—the Standard Model of particle physics—is messy in places and partial, because it omits gravity. Three decades of effort have been expended on string theory, which includes gravity but at the expense of having the universe inelegantly sprout hidden dimensions. Other potential avenues, such as loop quantum gravity, are also proving untidy. That a theory of everything might emerge from geometry would be neat, but it is a long shot.

Nevertheless, that is what Garrett Lisi is proposing. The geometry he has been studying is that of a structure known to mathematicians as E8, which was first recognised in 1887 by Sophus Lie, a Norwegian mathematician. E8 is a monster. It has 248 dimensions and its structure took 120 years to solve. It was finally tamed earlier this year, when a group of mathematicians managed to construct a map that describes it completely.

Dr Lisi had been tinkering with some smaller geometries. Soon after reading about this map, however, he realised that the structure of E8 could be used to describe fully the laws of physics. He placed a particle (including different versions of the same entities, and using particles that describe matter and those that describe forces) on most of the 248 points of E8. Using computer simulations to manipulate the structure, he was able mathematically to generate interactions that correspond to what is seen in reality.

Using geometry to describe the world is not new. Murray Gell-Mann performed a similar trick 50 years ago in an attempt to make sense of the plethora of particles that was then emerging from experiments. He placed these on the points of a geometric structure known as SU(3), and found that, by manipulating the structure, he was able to reproduce the interactions of the real world. Dr Gell-Mann also identified points that had no known particles associated with them—and predicted the existence of particles that would fill those gaps. He was awarded the Nobel prize after they were detected. Interestingly, some 20 gaps remain in Dr Lisi's model. That suggests that 20 particles (or, at least, 20 different identities of particles) have yet to be discovered. If Dr Lisi can calculate the masses of these, he will have made predictions that can be tested experimentally.

The particles must be relatively massive, because they would otherwise have been discovered already. Detecting massive objects takes energy. (Einstein's famous equation, E=mc2, outlines how energy is equivalent to mass times the square of the speed of light.) When it is completed, the Large Hadron Collider, a machine being built at CERN, the European particle physics laboratory near Geneva, will create particles with greater masses than have yet been seen. It is due to start its scientific work in the summer of 2008, so a test of Dr Lisi's theory could come soon.

Although some famous physicists are championing the idea, Dr Lisi, who spends his time surfing and snowboarding and is not employed by a university or research institute, has by no means won the acceptance of all physicists. His work, which has been posted on the internet, has not yet been accepted for publication in any journal, although he has presented his ideas at research institutes and the work on which his paper is based was funded by a grant from a charitable foundation.

Certainly, there are glitches with Dr Lisi's analysis and some of the truly fundamental problems that plague more conventional work remain. Yet the theory has several appealing facets. It is elegant. It is expected to make testable predictions. Unlike some of the more complicated efforts to devise a theory of everything, this one should either succeed relatively rapidly or fail spectacularly. And that is more than can be said for three decades of work by other physicists.